Share All sharing options for: Minnesota Wild @ Pittsburgh Penguins: The Morning After 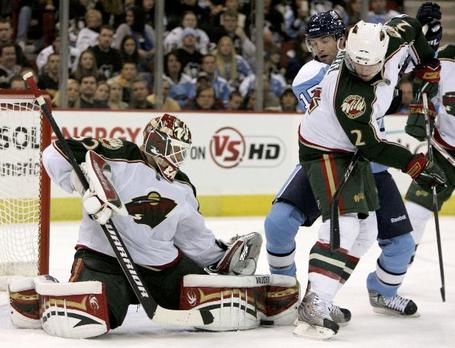 So, one lucky bounce and one deflected pass to a wide open Matt Cooke 10 second apart in the first period was all that separated the battle between the top offensive team and the top defensive teams in the league. In otherwords, a stalemate. Thanks to Marek Zidlicky, yet again, the Wild got out of the Igloo with the 2 points and have to feel good about where the defense stands, surviving the march of the Penguins (see what I did there?). Pittsburgh's high-power offense was kept in check by a solid defensive performance by the Wild, an yet another otherworldy outing by the top goaltender in the NHL in Niklas Backstrom.

"You look at their lineup and look at their players. To keep them to one goal, that's a big effort. You always want to compare yourself against the best teams out there, and you try to get up there. Your team gets confidence when you beat them." - Niklas Backstrom

"Our goalie was great," Wild coach Jacques Lemaire said. "I think he's the one that gave us the two points."

"They've got two of the top-five players in the world. When you play well against them, you feel good. As a whole team, we played really strong against them. We gave them no time with the puck." - Johnsson

"Obviously Nik is coming big in front of the net, making big saves, key saves, all of the time," said checking wing Stephane Veilleux. "He gives us always a chance to win a tight game, and everyone is playing good around him. That's what good teams do."

"We had opportunities, for sure. A lot of teams play well defensively. We've played Jersey enough to know our game doesn't change, we're still going to get chances if we do the right things." - Sidney Crosby

"It was a tough bounce. The puck was bouncing, coming toward my blocker and I opened up a little bit and it bounced again and by the time I squeezed my legs, the puck was on its edge a little bit." - Dany Sabourin

I won’t insult your intelligence and say the Wild was superb tonight. This team right now couldn’t shoot a puck in the Mississippi River from the Hennepin Bridge (and they didn’t actually score a goal in 65 minutes tonight), but defensively, this team is sick (31 goals allowed in 16 games, four allowed on the penalty kill). - Michael Russo 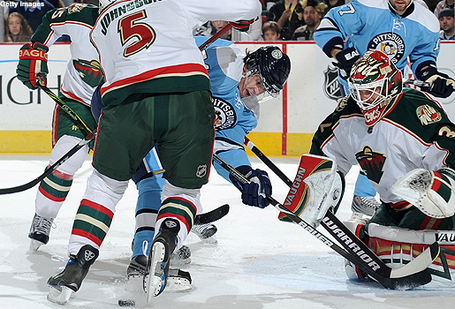 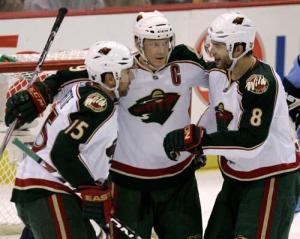