Share All sharing options for: Minnesota Wild @ Phoenix Coyotes: The Morning After 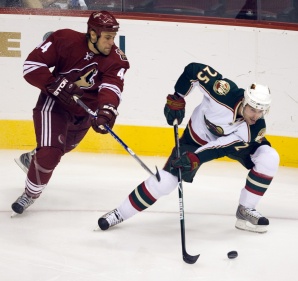 So, if the Wild win 3-2 in the desert, and nobody was able to see it, does it really happen??

Brent Burns was injured in warmups and Tomas Mojzis took a shot in his second shift and did not return. Combine those with Owen Nolan and Marian Gaborik not even making the trip, and the Wild are a bit shorthanded, though did escape from the desert with the two points in a 3-2 win.

Now, none of the analysis is mine, since the freaking game wasn't on TV. But I can tell you this, after playing both Olli Jokinen and Kristian Huselius this season, I stand by my off-season assertion that those two should have been at the top of the list of acquisitions for the WIld. My goodness they would look awfully good in a Wild sweater.

"They gave me my chance tonight and I tried to prove it," Benoit Pouliot said. "That's what they want me to do, contribute. For the beginning of the season it's going good and we're winning games."

"We were forechecking pretty good and created the turnover. I was in the right place at the right time. It went right on my stick. I feel good out there and I'm playing with a lot of confidence," Erik Belanger said. "My legs feel great. I'm playing in every situation, and as a player you can't ask for any more."

"That's a huge win for us there. Come on!" coach Jacques Lemaire said. "Half of our offense is out. It's a huge game for us. I'm happy the way we played. I think we were intense, the kids played hard - there's not a lot of guys I'm not satisfied with."

"We had a lot of turnovers in the first half of the game," Coyotes coach Wayne Gretzky said. "Against a team with as strong discipline as they play, you just can't turn the puck over too many times."

"The third goal wasn't a very good goal," he said. "We should have had the puck on the wall. We didn't get the puck out. It was a bad shot that went in, and it was not a pretty goal."

"I don't think we played at the level we're capable of playing, and it's very disappointing," Jokinen said. "You get the first goal, and you have to go get the second. Going into the third it was a tie game. Those are the games you want to win, especially at home."

"We came out real flat," Derek Morris said. "You take the first 10 minutes in the second period, they were all over us. We didn't have any momentum. "I don't know what it was tonight. They did a good job trapping us, but we were flat." 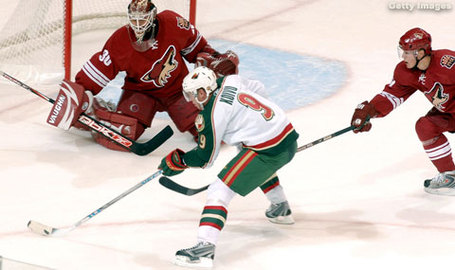 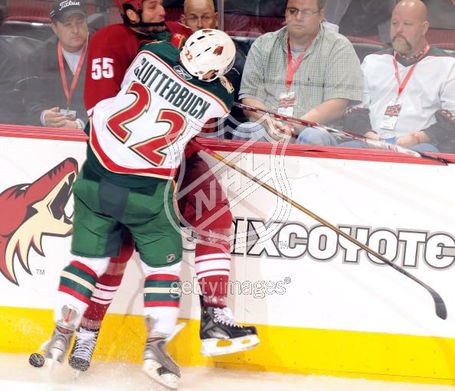 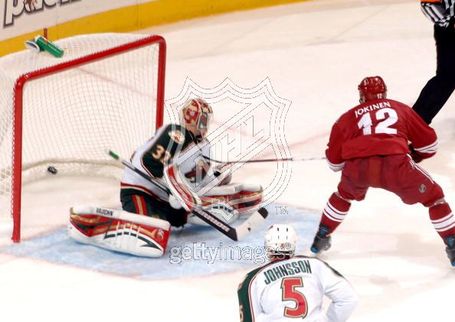 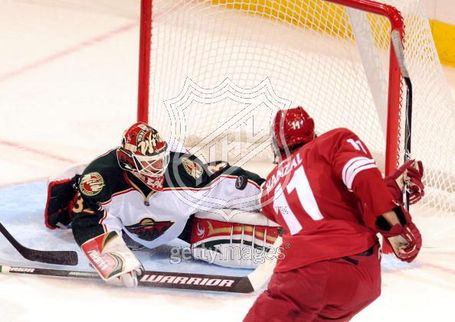 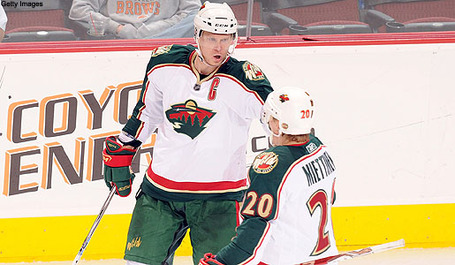