Minnesota Wild vs. St. Louis Blues: The Morning After

Share All sharing options for: Minnesota Wild vs. St. Louis Blues: The Morning After

For the second consecutive game, the Wild dominated play in the first period only to let a backup goalie and the opposition off the hook, ending the first scoreless. They once again got the first goal of the game, only to give it right back in an emotional let down. Not until late in the third period did they again show signs of life, after being down 2-1 and wasting 5 power play opportunities.

To say the offense is struggling would be putting it lightly. They went almost three whole games without a forward other than Mikko Koivu scoring until Stephane Veilleux opened the scoring in the second period. Of course, for the fourth straight game, the Wild gave that goal back within two minutes. Clearly this is coaching. They need to harp on these guys to keep the energy up after scoring, they're obviously laying back and relaxing after finding the back of the net. In my opinion, every game Marian Gaborik is out and the Wild have trouble scoring, only adds credence to his value to this franchise. He's still the goto guy, and when you only have a couple offensive options, and they're spread across three lines, it's pretty easy to mark them out of the game. That is clearly happening to the Wild right now. It might be time to move Burns back to the blue line and put the AMA line back together against the Caps. At this point, what can it hurt? 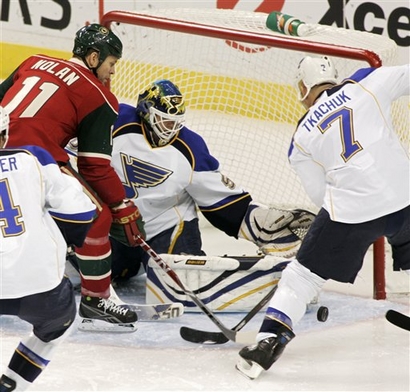 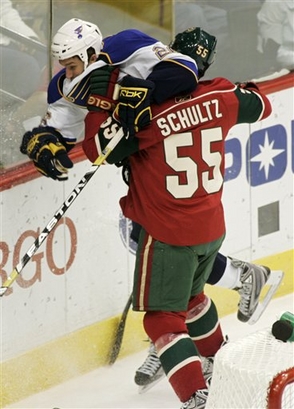 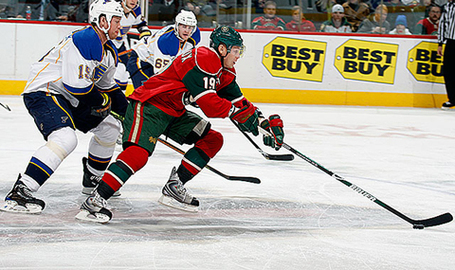