Minnesota Wild vs. Washington Capitals: The Morning After

Share All sharing options for: Minnesota Wild vs. Washington Capitals: The Morning After 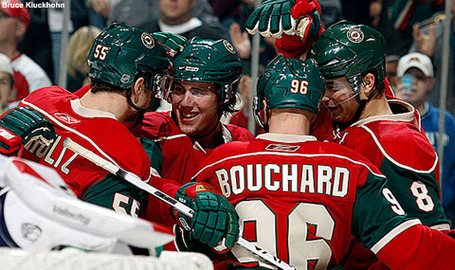 What looked to be the Wild cruising to victory in front of a national audience, primed and ready to watch Alex Ovechkin's brand of offensive awesomeness, the Wild proceeded to turn a 4-0 laugher into a 4-3 nail-biter in the last 5:17 of the game. After Cal Clutterbuck opened the scoring in the first, with this first career goal, he followed that up with another in the second. Cruising into the third period, the Wild carried a 2-0 lead. They then stretched that to 3-0 on Marek Zidlicky's power play goal with a two man advantage, with both Tom Poti and Alexander Ovechkin in the box for closing the hand on the puck (the second and third CTHOTP minors of the night ... odd). James Sheppard then made his father and sister's trip from Nova Scotia worthwhile, banging home a beautiful one-timer from the high-slot on the fee from point-starving Pierre-Marc Bouchard.

At that point, it was 4-0, and the Wild were going into the prevent defense. Now, NFL fans the world over know that the only thing the prevent D prevents is winning. Jacques Lemaire must not be a big NFL fan.Up four goals, the Wild stopped forechecking with their usual tenacity, instead content to meet the Caps at the blue line and try to stop them from crashing the net. Well, the Caps offensive onslaught had the kinetic energy, and Newton's Third Law of Motion helped their bodies remain in motion, since they weren't being acted upon by an external and opposite force. The Caps kept coming and coming and coming, until Matt Bradley finally broke through, banging home a garbage goal. Most of us thought, "oh well, tough to shutout the Capitals." 84 seconds, and an Alexander Ovechkin nasty snapper from the wing later, we were thinking "Oh god, here we go again." To then make matters worse, Marek Zidlicky took a weak penalty for hooking (apparently it's not ok to pin a stick to the ice, who knew?) and the Caps were off to the races with Nicklas Backstrom beating Niklas Backstrom on a beautiful power play marker. At 4-3, it was "hang on for dear life" mode, as the Wild withheld everything the Caps threw at them for the last 1:43 to secure a 4-3 win.

So, what did we learn? Well, the Wild cannot afford to go into a defensive shell. It cost them against Columbus and Buffalo earlier, and almost cost them again tonight. We also learned that, no matter what Yahoo Sports says, Derek Boogaard is not a bully. He played another great game, along with his linemates, Benoit Pouliot and Cal "the sniper" Clutterbuck. That line produces enough energy to power the Xcel Energy Center. Seriously, those guys make everyone else look like they're lollygagging out there. Yes, I said it, lollygagging. Boogaard should have been awarded an assist for knocking the puck free behind the net on Clutterbuck's first goal. Without that play, Cal never would have had the chance to make a gorgeous shot. Well done you three, keep it up. We're loving it.

By the way, where the hell were Owen Nolan, Erik Belanger and Andrew Brunette tonight? Please pick up the red courtesy phone, we'd like to know if you guys are still on the squad. 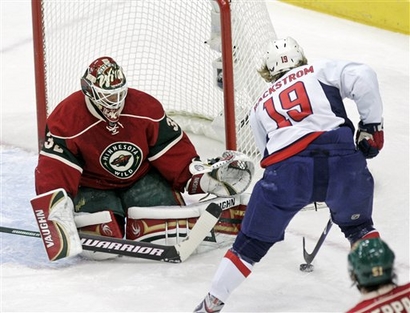 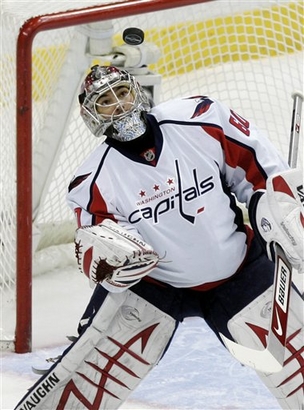