Share All sharing options for: Minnesota Wild @ Nashville Predators: The Morning After 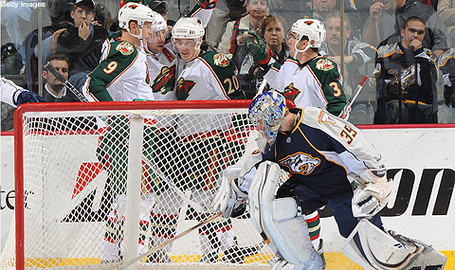 Remind me to always pimp the opposition's penalty kill stats in the game preview. Wow, I suppose when you're 20 kills for your last 20 penalties, something has to give eventually huh? Five of Minnesota's six goals were scored during power plays and the Wild went 5/11 with the man (or two) advantage against the top home PK team in the NHL. Not a bad way to finish the second-half of a back-to-back.

Great to see Owen Nolan really picking up play after being non-existent on the ice coming back from injury. He's riding a three game goal scoring streak, and doing it exactly how we all envisioned he would when he was signed. He's driving to the net, picking up rebounds and knocking home the garbage. Antti Miettinen has also picked up his play in the last three games after gripping his stick too tightly during his slump, adding three helpers tonight. Captain Mikko Koivu scored twice and added an assist to continue his excellent play this season. Pierre-Marc Bouchard got the game going early with a nifty powerplay marker just a few seconds in to the first 5 on 3 of the evening, followed 35 seconds later by Andrew Brunette's powerplay goal. Bruno would also later add two assists to his evening. Even Craig Weller got in on the goal scoring action, notching his first of the season to go along with his two fights.

It was nice to see the Wild get off early to take some pressure off Josh Harding, making his first start in over a month. He looked decent, and didn't give up nearly as many fat rebounds as he had in his previous appearances, even dating back to the end of last season.

It was surprising to see Nashville as chippy as they were, considering how easily the Wild dominated play with the man advantage, but yet they continued the march to the penalty box, racking up 16 penalties for 46 minutes and giving up 11 powerplay opportunities. However, even toward the end of the game, they kept at it, trying to goad the Wild into extracurriculars, though nobody picked a fight after the Boogaard/Belak and Weller/Tootoo double card. Now, I think it's safe to say that Tootoo is not unlike Matt Cooke or Jarko Ruutu, not much talent, and likes to pick fights. Frankly, exceptionally irritating and costly to their teams. Why do they have jobs? 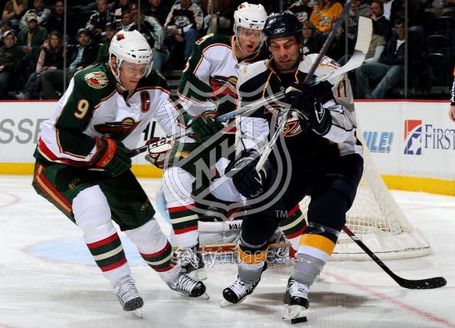 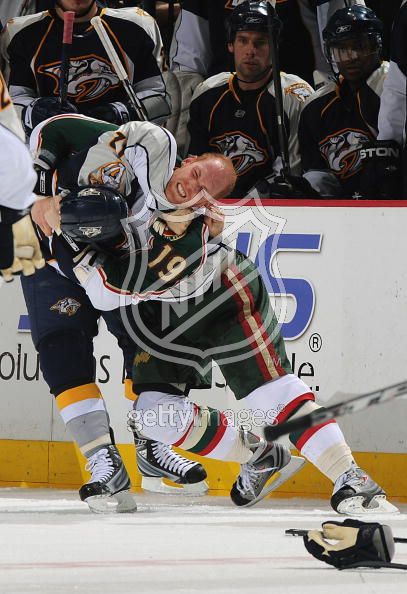 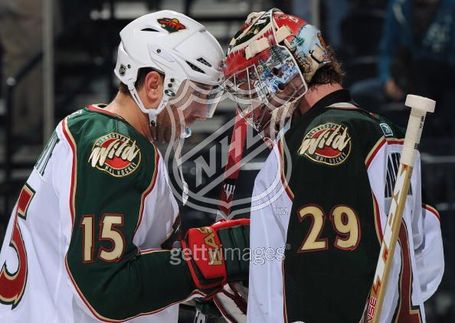