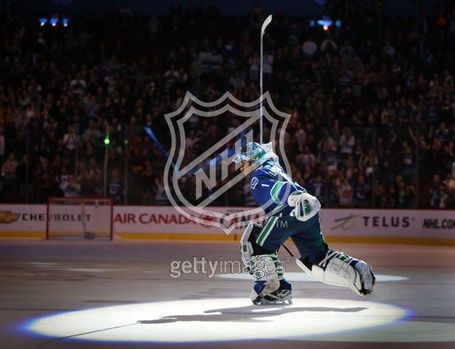 The Wild defense, even without Brent Burns for a fourth straight game, looked good against the Canucks. Nick Schultz and He Who Must Not Be Named have been (for the most part) absent from discussion of their on-ice performance. When you're a stay-at-home defenseman, this is an excellent way to show that you are doing your job, and things didn't change Saturday night in Vancouver. Both blueliners were solid in helping keep the WIld in the game.

Unfortunately, with no Gaborik, and only one actual offensive line, the job of the defensemen and goalies becomes even more difficult than normal. You no longer have to just keep your team in the game, you need to go out and win the game on your own. Unfortunately, giving up two goals when your team can't score isn't the way to get those W's.

So, job well done to the Wild defensive corps for keeping an opponent under 30 shots tonight, and thanks to Nick and He Who Must Not Be Named for doing your jobs.

The Wild are off until Thursday night, when they take the ice at the X against the Phoenix Coyotes, in another strangely long break this early in the season. However, they desperately need the time off to get Burns, Nolan and Gaborik healthy.

"You notice there in the third, they’ve got five guys at their blue line and [their media’s] talking about our trap?" Lemaire said. "That’s a new trap."

"We could have scored easy four goals and we didn't," coach Jacques Lemaire said. "Our goalie [Niklas Backstrom] was good, too. "It could have been great for the people here who want a lot of goals, but we had to change the goalies. Different goalies, we would have had six, seven goals each."

"You think you beat him, and all of a sudden you see his long pad shoot out and make that save." - Pierre-Marc Bouchard

"Just because maybe they've had my number a little bit in the past doesn't mean that trend has to continue." - Roberto Luongo

On his amazing stop on Andrew Brunette's breakaway, "It kind of fell through my legs somewhere," Luongo said. "Was lucky on that play."

Ryan Kesler, on the stiff arm from Mikko Koivu: "That’s about what you expect from a player like that."

Ok, so says the guy sharing a locker room with Matthias Ohlund. Ass. 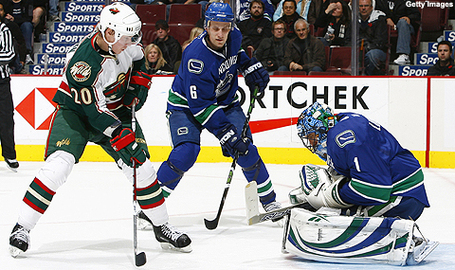 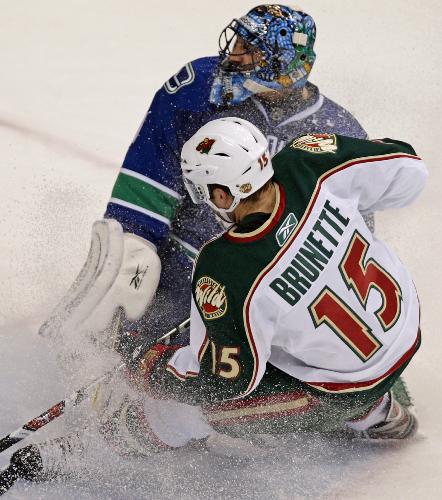 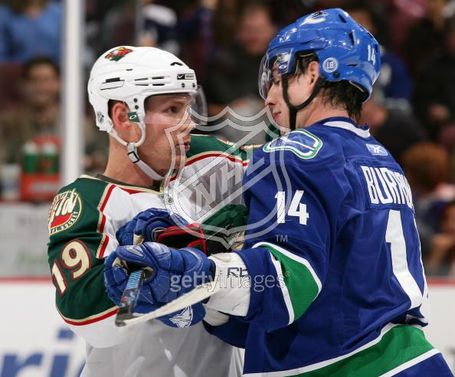 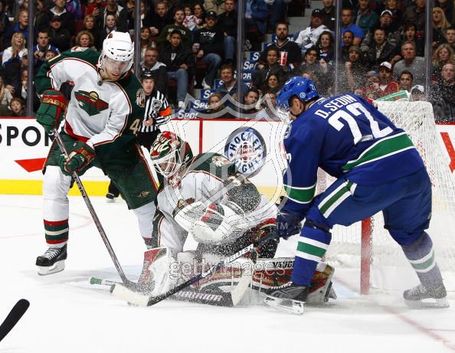 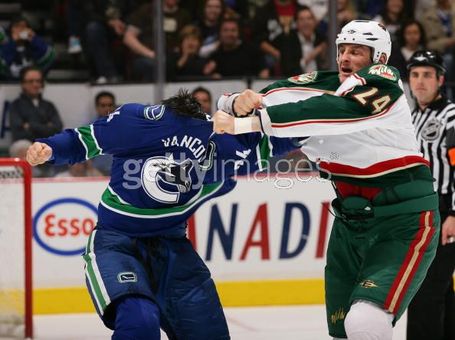 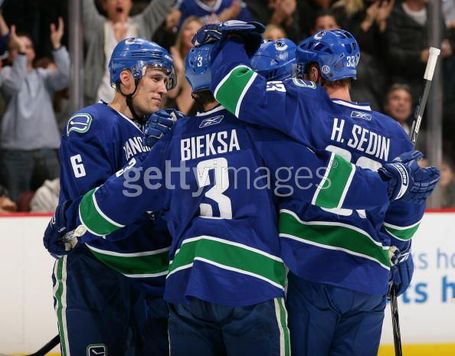