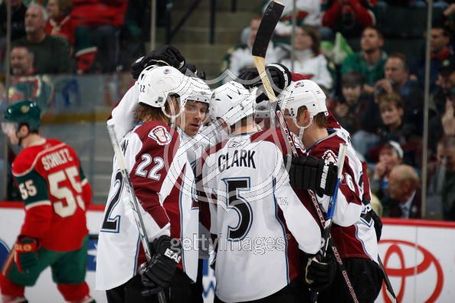 Simply ugly. This was the first time Backstrom has ever given up 6, and this was the worst game I've seen the Wild play defensively since a 7-3 loss to Carolina in 2001, and was the least entertaining one goal game I've seen in a very long time. Frankly, it wasn't as close as the 6-5 final would let on. The Wild were completely dominated, and had it not been for the exceptional play by the power play unti, this one would have been a much, much bigger blowout. It was so bad in fact, that I'm loathe to even do a recap. But, that's why I'm here, so I guess I'll give it a go.

Where to start?? Well, the defense was abysmal. Nobody would take the body down low, people were being too cute at the blue line with the puck, leading to breaks the other way. It was as if they had played late last night and didn't get into town until this morning. They looked that out of it. Burns finally scored as a forward, which, unfortunately, will likely make Jacques want to leave him up front, when they would be better served by either getting Reitz or Bergeron out of the lineup for a couple games to get Burns back where he belongs. A top-flight defenseman is more valuable than a mediocre winger. I can't believe he's still up front.

Backstrom was booted after giving up 6 in the first two periods, and Harding came in and shut the door in the third, giving the Wild a chance to get back in the game. Unfortunately for Backstrom, he was the victim of circumstance. Yes, he didn't look great, gave up two really soft goals and was flailing a bit (which lets you know that he's fighting the puck. He's not flashy, and when he's on, you don't notice how good he is because he's always in position), but his defense really let him down tonight. Johnsson was a -3, Zidlicky, MAB and Schultz were a -1, at least He Who Must Not Be Named was even.

Michael Russo had a great line

The Avalanche forwards spent the first two periods so close to Niklas Backstrom's goalmouth, the Wild goalie could have fed them breath mints.

His forwards put him in bad position all night. Yeah, Bouchard scored twice, but was so bad with the puck tonight that on at least 4 occassions he gave up the puck and directly led to scoring chances the other way. Bouchard and Belanger were both a -2 on the evening.

Let's just forget this game, and concentrate on taking it to St. Louis on Wednesday. 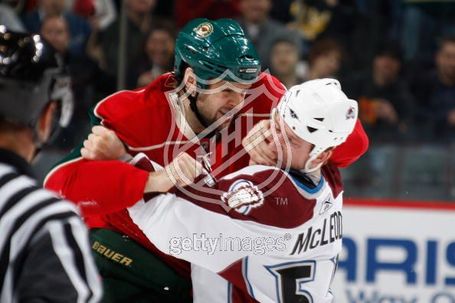 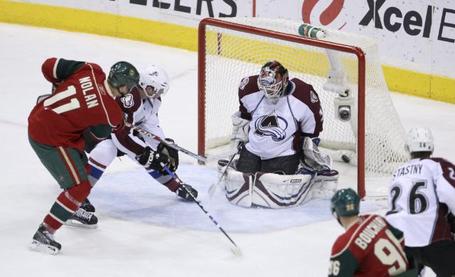 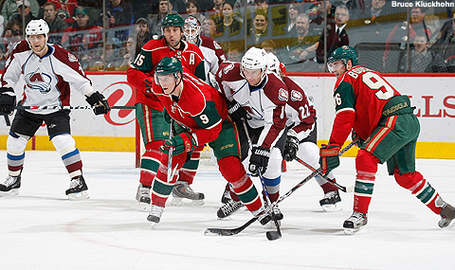