Share All sharing options for: Minnesota Wild @ Anaheim Ducks: The Morning After 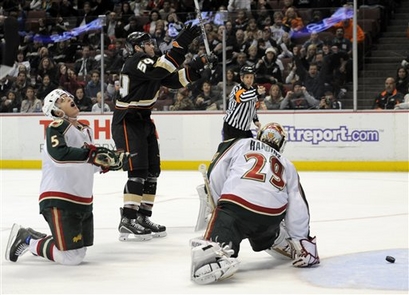 I didn't watch tonight's game, so I'm going to have to go off what I've heard and read here. Please feel free to share your thoughts in comments. Seriously, I'm starting to have trouble finding different ways to say that the offense looks lifeless and the defense looks lost.

3:00 into the first period, Derek Boogaard had another great scoring chance, but shot the puck directly into Jean-Sebastian Giguere's chest with the left-side wide open.

Nice to hear that Andrew Brunette caused problems in front of the net, screening Giguere on a shot by Bergeron, but couldn't get to the puck just before Todd Marchant cleared it off the line.

Kim Johnsson made a very un-captain like play, passing directly to George Parros, who then fed Bobby Ryan for the 4th Duck goal. Yet another scoring chance for the opposition directly from an errant pass.

They are lucky that they started so hot, because they're still only 4 points out of first place, but they better turn this around in a hurry, and it needs to start in the hardest arena in the nHL for them to play. We'll see you in the Saddledome on Wednesday. 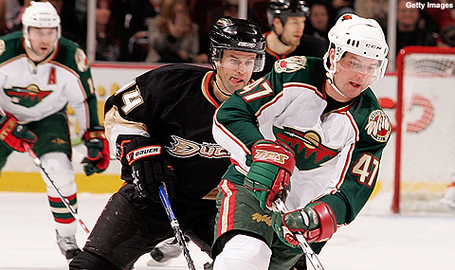 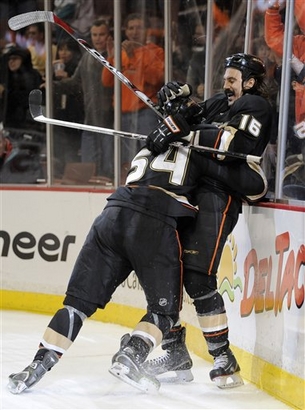