Minnesota Wild vs. Carolina Hurricanes: The Morning After

Share All sharing options for: Minnesota Wild vs. Carolina Hurricanes: The Morning After 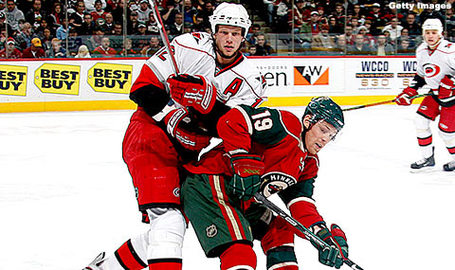 Scoreless after the first again. For the 9th straight game the Wild gave up the first goal (including only scoring 2 goals int he first period in the last 10 games) but even after giving up a quick one to start the second period, that second period was once again the friend of the Wild. Mikko Koivu and Marian Gaborik once again proved that they should not be separated. They had great scoring chances on almost every shift they were together. It's a much better grouping than the Clutterbuck - Koivu - Veilleux line that was out there for a while.
The tipping point tonight had to have been the 2:00 5 on 3 kill. The special teams play was spectacular all night (1/1 on the PP and 4/4 on the PK) but was really something special on that kill. The Hurricanes were buzzing, and the Wild kept deflecting passes, blocking shots, Backstrom made three amazing stops and they cleared the zone when needed so the units didn't get too tired. The crowd was on their feet for the last minute of that kill and it seemed to spur the team on for the rest of the period.

It was nice to see the Wild picking up the pace, playing well in transition, but still getting back on D, even though it cost them a great scoring chance on a 2 on 1 rush on the PK as Koivu wasn't looking for the pass. However, that was quickly remedied by an even better 3 on 2 on the same PK, when Stephance Veilleux banged home a rebound from a nice Eric Belanger shot. Speaking of Belanger, he seems to have come back from his illness with some spring in his step, so that's great to see. Oh, and speaking of spring in his step (see what I did there??), is it just me, or does Marian Gaborik seem to be s.l.o.w. right now? He was caught from behind on three separate occassions tonight. That didn't happen last year, and typically hasn't happened in his career. I'm thinking that the groin is still bothering him, and he's just not saying anything (which is good), but I'm worried that he's favoring it and afraid to really push off. If that's the case, we all need to hold a vigil for Marian's groin, because once again he proved that when he scores, the team wins. It's really as simple as that.
Okay, Merry Christmas and Happy Hanukkah to all and we'll see you on Sunday! 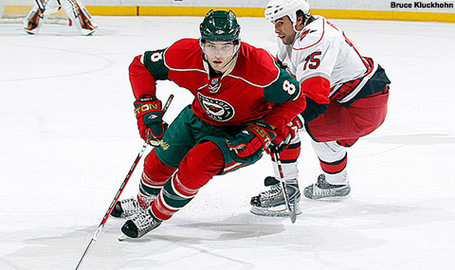 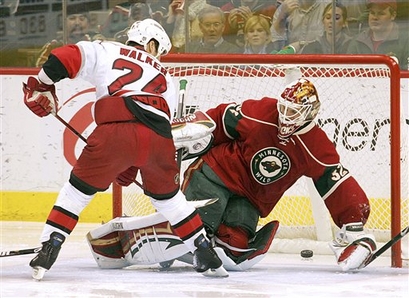 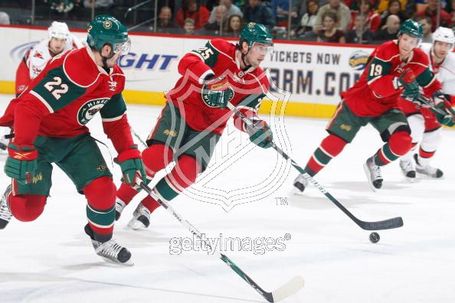