Minnesota Wild vs. Phoenix Coyotes: The Morning After

Share All sharing options for: Minnesota Wild vs. Phoenix Coyotes: The Morning After 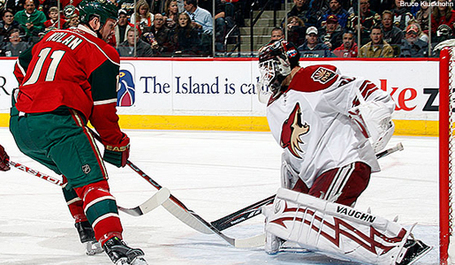 The Wild once again scored the first goal of the game, the second and the third. Not half bad.

It's just great to see the offense come alive. Especially when Mikko Koivu and Andrew Brunette scored for the first time in 16 games, Cal Clutterbuck had one of his best games of his season, Owen Nolan continued his excellent play and Marc-Andre Bergeron came back with a vengeance. Great to see. Now, unfortunately, the defense didn't match the level of intensity of the offense. But, it's a good start, so we'll see how they build from here. 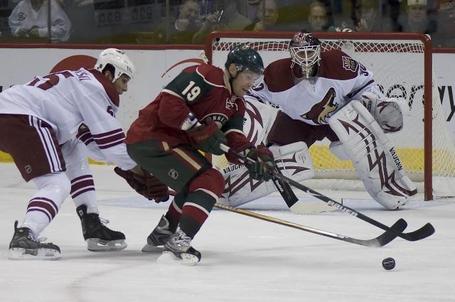 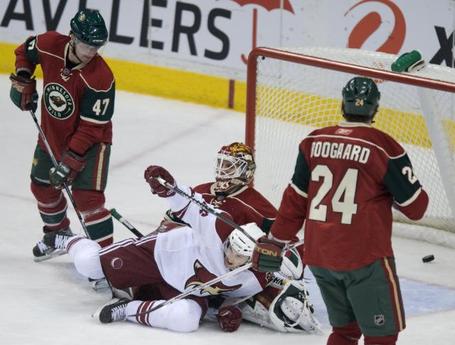