Minnesota Wild vs. Toronto Maple Leafs: The Morning After

Share All sharing options for: Minnesota Wild vs. Toronto Maple Leafs: The Morning After 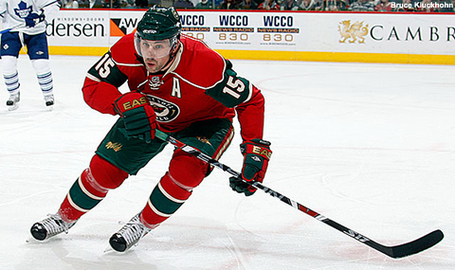 Well now, if that's the way this team decides to play in the second half of the season, I'm all for it. Yeah, Toronto is 17-23-8, but you have to win the games you should in order to get into the playoffs. Pierre-Marc Bouchard had an outstanding game. Maybe he looked back at his first half performance and realized that he was seriously underperforming his contract. Andrew Brunette had a great game in his 500th straight. Owen Nolan was his gritty, gutty self, batting one home and continuing his excellent play. Eric Belanger and Marc-Andre Bergeron also made French-Canadians the world over proud. Cal Clutterbuck continued to be Cal Clutterbuck, hitting everything that moved, making good on his scoring chance and playing with great intensity. The best part of tonight for me was the fact that the Wild did not take stupid penalties, giving up no power play advantages to the Maple Leafs.

If the team continues to play like this, which isn't likely considering their consistency issues, they should find themselves moving up the playoff rankings quickly. 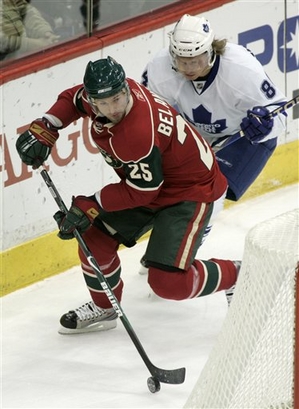 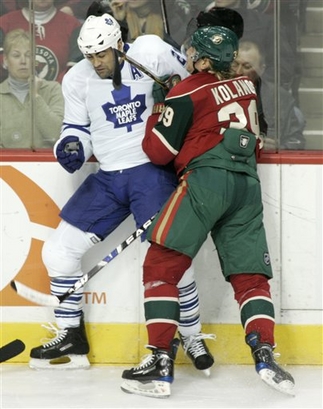