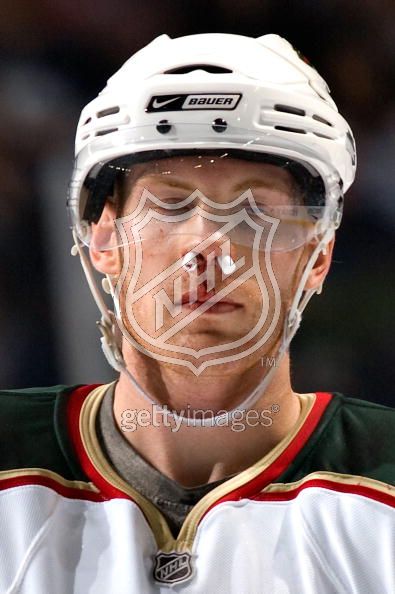 Hey, who are you guys? What was that? Oh, you left the Wild in St. Paul on Tuesday after the Toronto game? Understandable, it's not like you're fighting with the Oilers for a playoff spot. Oh, you are? Really? Holy crap, aside from Cal Clutterbuck and Stephane Veilleux it sure as hell didn't look like you were.
Tonight was a terrible game. They got down early, had no jump. I mean, look at that picture of Veilleux. The Wild got popped in the face and didn't fight back. They just took it, and by the time they got off the ropes, they were down 3-0 and it was the third period. They had shots, but once again the shots were from the outside or sharp angles and really didn't test Roloson too much.
Steve Staios got the crowd in the game and set the tome 90 seconds in, destroying Stephane Veilleux with a wicked open-ice hit, then followed by taking down Cal Clutterbuck in the ensuing fight. After that, it was all Edmonton. The Wild were immediately set in their place and just didn't recover.
The Wild need to learn from this game, hit Vancouver in the mouth and get the game going early tomorrow night. 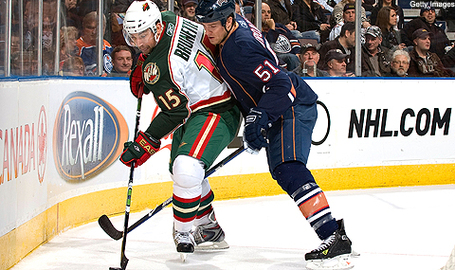 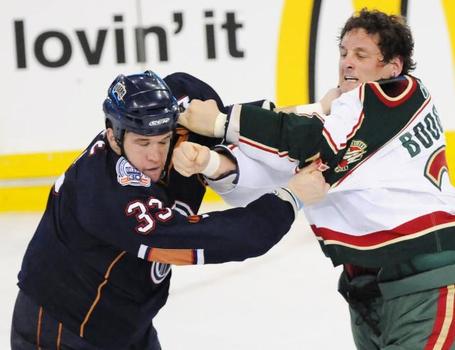 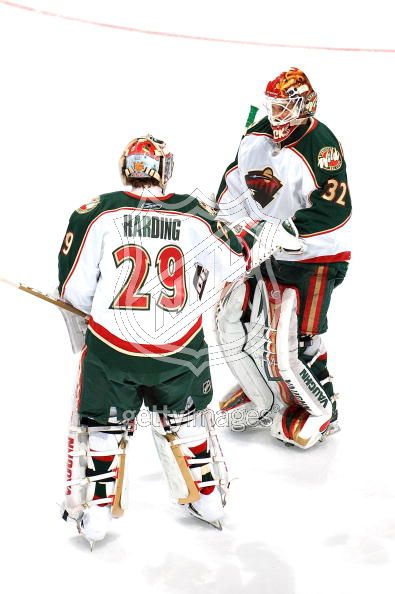 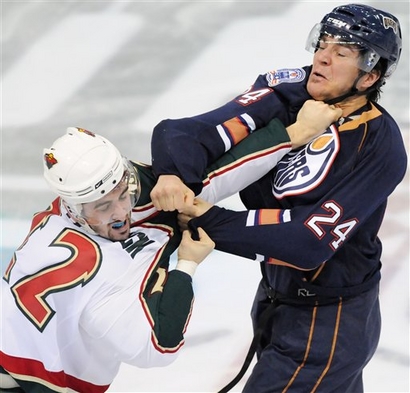