Share All sharing options for: Minnesota Wild @ Boston Bruins: The Morning After 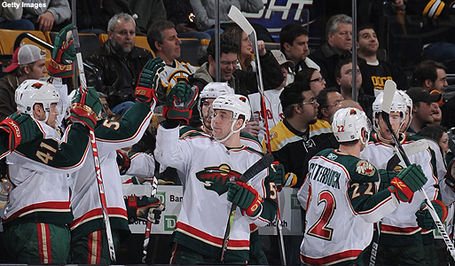 New stat! The Wild have scored the first goal in three of the last four games! Yes, those four games have come against three of the best teams in the NHL in San Jose, Detroit and Boston. Yes, the Wild have not lost in regulation in those four games. Yes, it has been a major turnaround since December. Hmm, have anything to do with Mikko getting the C back? Maybe the Gaborik situation being resolved has gotten a monkey off their backs? Maybe Lemaire finally said to the guys that they better skate hard every shift, make smart passes, play well in transition, backcheck and play their roles or they'll be relegated to the press box with Russo? Whatever the reason, I love the results. This is the team from November. This is the team that we expected to see this year. This is Minnesota Wild Hockey. 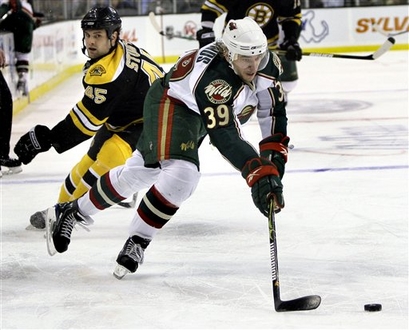 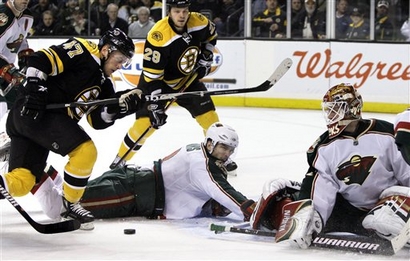 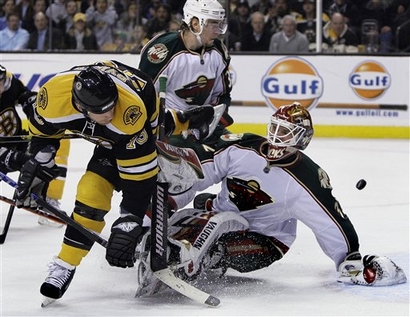 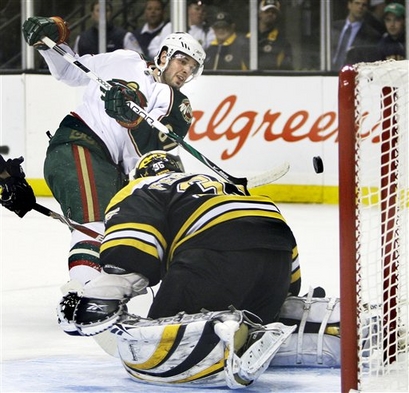