Share All sharing options for: Minnesota Wild @ Philadelphia Flyers: The Morning After 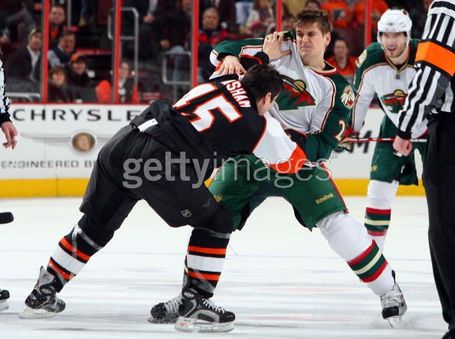 The Wild once again scored the first goal of the game, but it was pretty much all downhill from there.
Backstrom extended his shutout streak to 149:09, giving him the team record. However, shortly after achieving that record, he.fell.apart. Backstrom was not solid tonight. On the first, he dove out of the crease & was out of position. On the second it was a weak trickle through his pads and on the third it was a misplay on a 2 on 1 as he slid over from being out of position.
The offense was anemic as best, as they went 0/8 on the power play (second only the 0/9 earlier in the season in patheticness). Brent Burns played nicely in 30:03, Marek Zidlicky was second in TOI with 24:42, followed by Schultz and Johnsson. The defensemen weren't the issue tonight, in my opinion. The blame comes to the power play unit's inefficiency, the general malaise with which the offense is struck and Niklas Backstrom crashing back to earth. Guess we'll see if they bounce back on Saturday in Columbus. 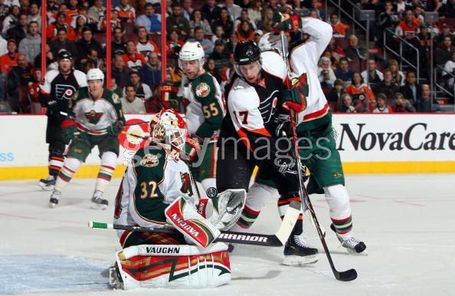 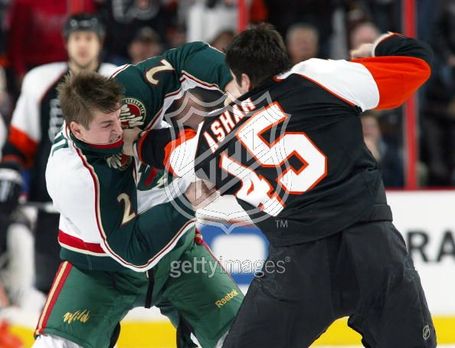 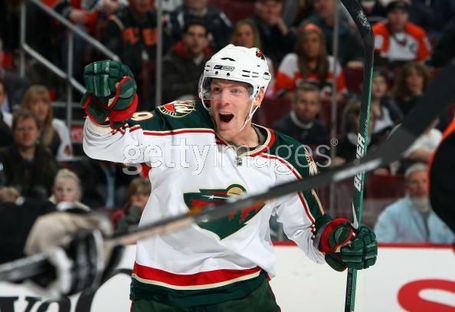 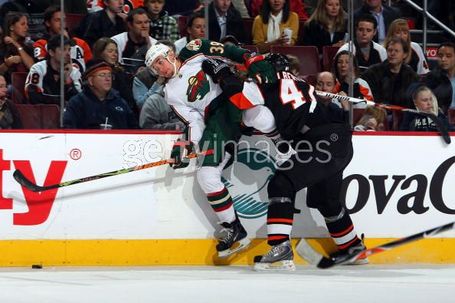