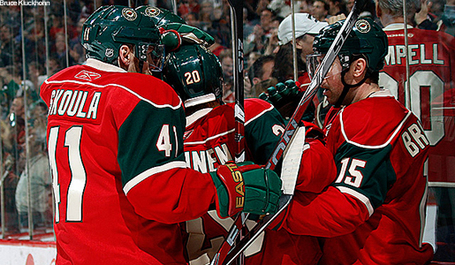 Once again, the Minnesota Wild played down to the level of their competition, but it ended up not costing them, as they squeaked by the Colorado Avalanche 3-2, thanks to an Antti Miettinen goal with 1:11 left in the third period. The Wild opened scoring on a gorgeous 2 on 1 with Owen Nolan feeding Pierre-Marc Bouchard across the goalmouth, and Bouchard didn't miss the tap-in pas a helpless Andrew Raycroft. However, instead of ramping up the effort, once again the Wild got complacent and gave one back a few minutes later, as Ryan Smyth batted home Jordan Leopold's rocket off the back glass past a sprawling Niklas Backstrom.
In the second period, not much happened, other than Owen Nolan's goal at 13:44 and Backstrom's 4:00 minor for high-sticking.The third period started with Derek Boogaard losing his mind, as Darcy Tucker got in his head at the end of period 1, and stayed there through the rest of the game. At 6:35 on the third period, Boogaard drew not only a hooking minor, but a cross-checking minor on the same shift. That 4:00 double proved costly, as Ryan Smyth once again found the back of the net to even the score at 2. Luckily for Boogaard and the Wild, Antti Miettinen came through with the late heriocs.
A couple things really stand out from tonight. 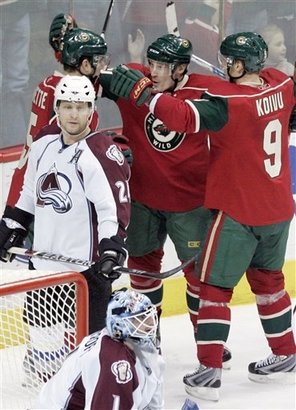 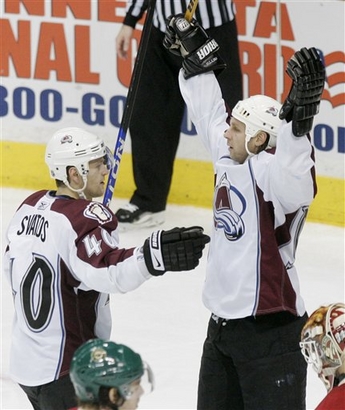 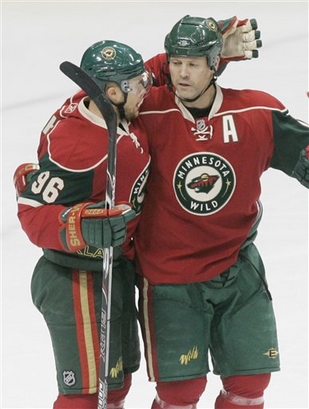 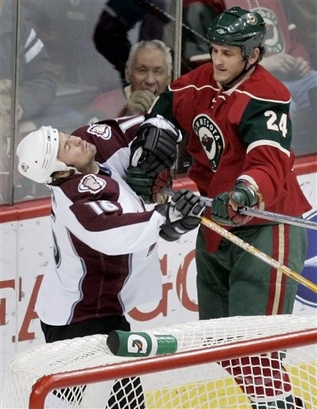