Share All sharing options for: Minnesota Wild @ Detroit Red Wings: The Morning After 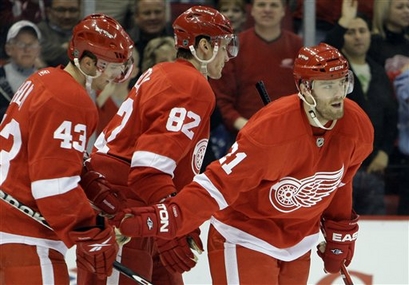 
The Minnesota Wild's woes at Joe Louis Arena continue. The Red Wings owned play all night long, and seemingly toyed with the Wild. It was nice to see Boogaard as a healthy scratch after last night's horrible game, but I'm not sure why Lemaire put Josh Harding in for Niklas Backstrom. The Wild controlled Datsyuk and Zetterberg all night long, but Marian Hossa made the WIld look silly, creating opportunity after opportunity all night for his linemates, and both Jiri Hudler and Kris Draper took advantage, beating Harding on great shots. Mikael Samuelsson opened scoring in the first period, taking advantage of Harding's inability to freeze a Brett Lebda shot, and buried it from the crease.

The only time the Wild seemed to be in the game, was after Brent Burns' 5 on 3 power play goal in the first period to tie the game with both Hossa and Datsyuk in the box. However, after that it wa all Red Wings until garbage time, when Mikko Koivu scored shorthanded. 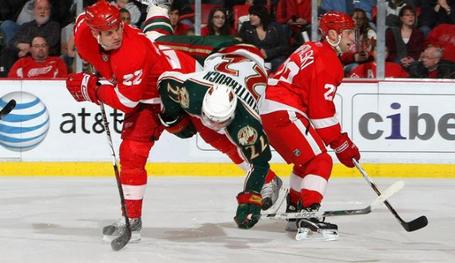 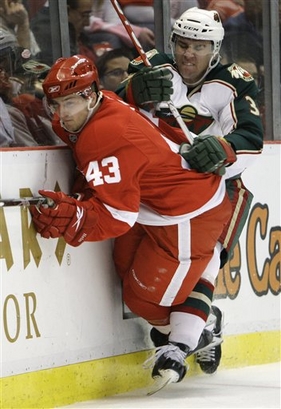 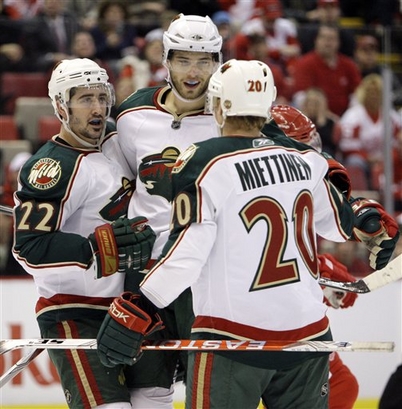 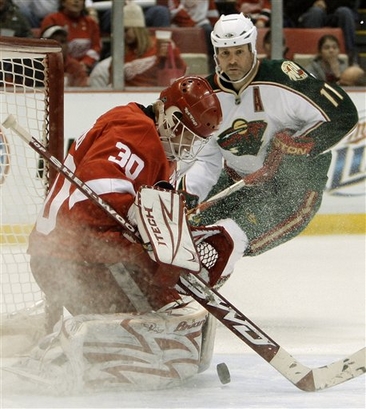 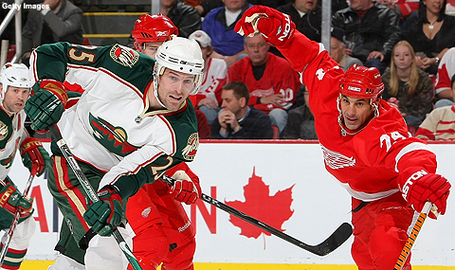