Minnesota Wild vs. Ottawa Senators: The Morning After

Share All sharing options for: Minnesota Wild vs. Ottawa Senators: The Morning After 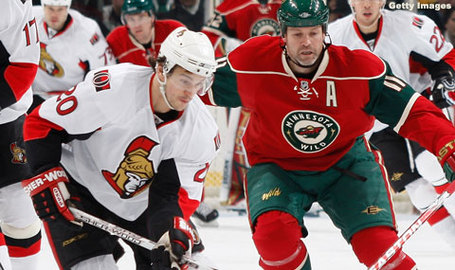 What started off well, became the worst game in an already bad season for the Minnesota Wild. They got off to a great start, up 3-0 after the first, thanks to Owen Nolan and a bunch of guys crashing the net, driving with the puck into traffic, wreaking havoc, shooting at Brian Elliott over and over until he was pulled.

After that, it was all Ottawa. From that point on, the Senators outshot the Wild 17-16, including 10-5 in the second period, where Ottawa scored three times. Tied at three going into the third period, the Wild needed to come out, forecheck hard, be aggressive with the puck, take the zone with speed and force the game on the Senators like they did in the first period. However, none of that happened. Jarku Ruutu drew an interference penalty, and Daniel Alfredsson proceeded to go in shorthanded and put the Senators up 4-2 with the second shorty of the night for Ottawa. At that point, the Wild showed a tiny amount of resilience, but for the most part the Sens clamped down, played Wild hockey and sealed it with a Dany Heatley empty-netter amidst a chorus of boos.

The Wild lack a killer instinct. Is it Lemaire? Risebrough? The guys on the team? Who is at fault? What changes need to be made? 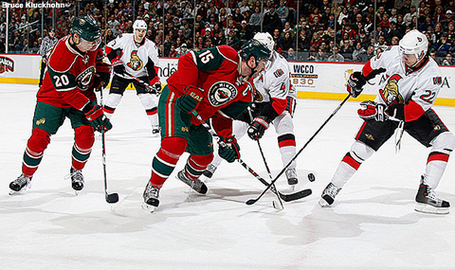 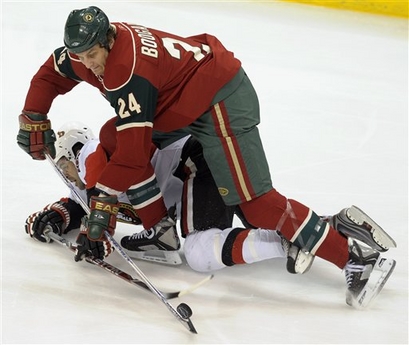 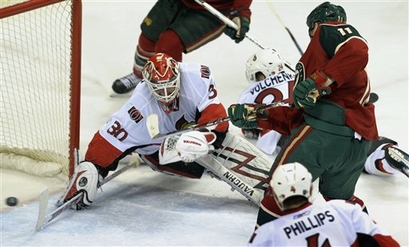