Minnesota Wild vs. Detroit Red Wings: The Morning After

Share All sharing options for: Minnesota Wild vs. Detroit Red Wings: The Morning After 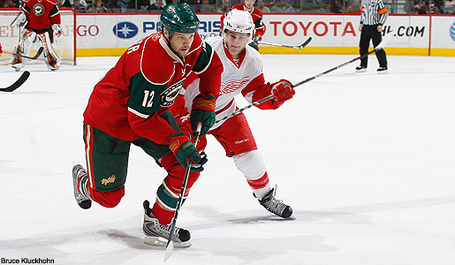 The Wild were aggressive on the forecheck, took advantage of scoring chances, played the counter attack well and the NHL's best penalty kill unit stopped the NHL's best power play unit on five chances. Jimmy Howard, freshly called up from Grand Rapids by the Red Wings had little to no chance tonight. He was the victim of great plays by Nolan and Bouchard as well as a nice feed from Mikko Koivu to Martin Skoula who looked like a sniper on his goal. You can't pin this loss on Howard at all. Minnesota simply played a better game in all facets, even being outshot 37-29. Heck, even Stephane Veilleux's empty net goal with two seconds left in regulation was a beautiful shot, and that's great to see because the Wild have struggled this season facing the empty net.

Not much to complain about tonight. All lines were going hard, moving the puck well. One Red Wing goal was a tough rebound that Backstrom made at least one save on before Kopecky scored. The other was a great redirect from Leino on a shot by Rafalski. The Wild did a fantastic job neutralizing Franzen, Zetterberg, Datsyuk and Hossa. If none of those four score, you're going to have a great chance to beat the scariest team in the NHL.

I'm really happy with the performance tonight. Now, again, the key is consistency. Can the Wild bring this game out tomorrow night in Chicago? 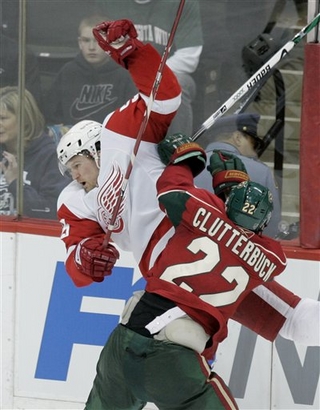 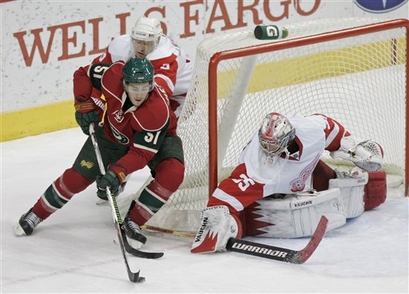 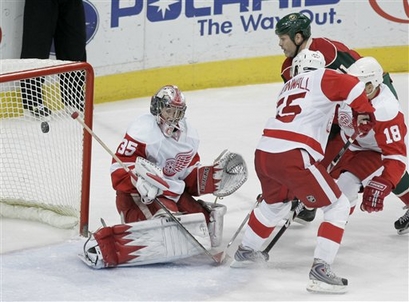