Minnesota Wild vs. Los Angeles Kings: The Morning After

Share All sharing options for: Minnesota Wild vs. Los Angeles Kings: The Morning After 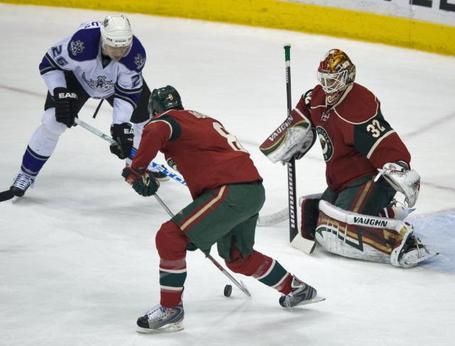 Why? Why can't the Wild beat the Kings? Nobody else seems to have a problem beating the Kings, so why can't our guys?

Backstrom played well. Kim Johnsson put in a yeoman's effort tonight with 27:39 TOI. Bouchard found open space. Koivu and Miettinen looked fantastic together and had chance after chance, but only found the back of the net on one.

The Wild power play however, was anemic at best. They seemingly went from an umbrella to an overload to behind the net back to an umbrella. They couldn't get past the Kings' aggressive penalty kill. This aggression by Los Angeles also caused problems for the Wild on the forecheck and the Kings drove the net shift after shift, creating traffic and getting pucks on net. Unfortunately, the Wild refused to clear the low slot and didn't create enough traffic on their own.

Dan Fritsche looked good again. I am really liking the way this kid plays. He isn't afraid to deflect shots, isn't afraid to take shots, doesn't hesitate to take the body and fits well with the team.

Then when they got to the shootout, the Wild's lack of finishing showed itself again, as the puck bounced the wrong way and they lost the coin-flip. 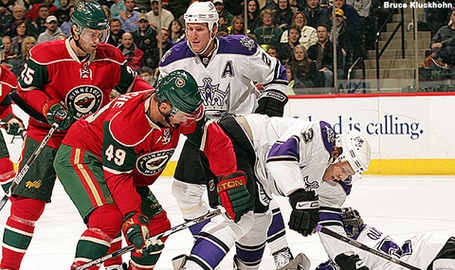 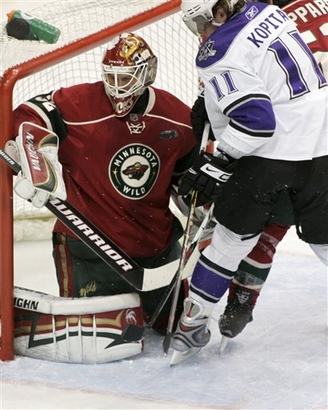 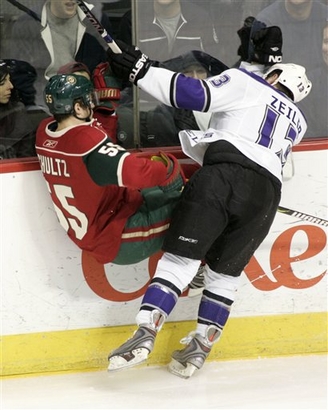