Minnesota Wild vs. Anaheim Ducks: The Morning After

Share All sharing options for: Minnesota Wild vs. Anaheim Ducks: The Morning After 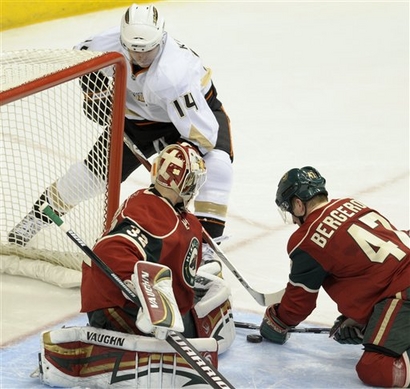 I didn't actually watch tonight's game, so I'm going through the highlights right now. I look forward to your comments on tonight's shutout victory over Anaheim.
Nice to see the Wild start 1-0-0 under new captain Andrew Brunette. Very nice to see him get the first goal of the game, with a power move to the front of the net and for the Wild to get the kind of garbage goal they give up all too frequently. Love seeing Miettinen-Koivu-Brunette getting back into a nice rhythm. Koivu's goal was a goal-scorers goal. Nice centering feed from Mittens and MIkko banged it into the open net, rather than into Hiller's chest, which happens time and again with the Wild. Hey, the Wild even got an empty-net goal, which is shocking considering how futile they've been in those situations, and it keeps Pierre-Marc Bouchard's string in tact, which is great to see. He needs to really continue his hot play throughout the second half of the season.

Niklas Backstrom was the story of the night. 34 saves, including a highlight-reel quality one on Chris Kunitz' shorthanded breakaway in the 3rd period. Backstrom is back in position, not giving up rebounds, and controlling the flow of the game. This needs to continue, no matter whether the team wants to sign or trade him. 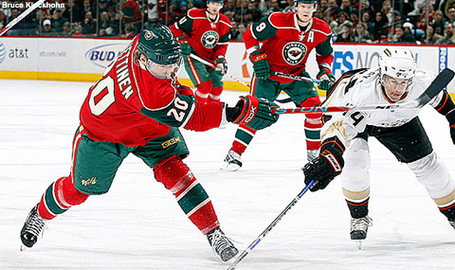 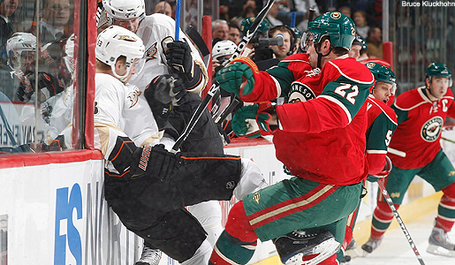 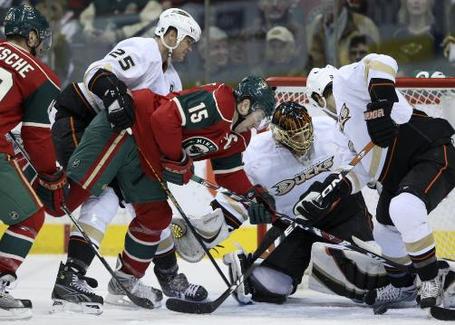