Minnesota Wild vs. Nashville Predators: The Morning After

Share All sharing options for: Minnesota Wild vs. Nashville Predators: The Morning After 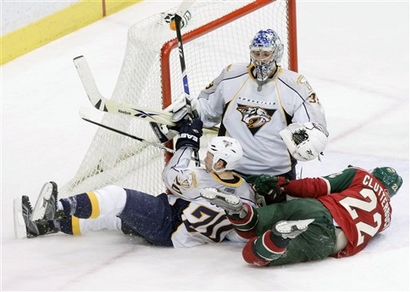 
Another night, another ride on the up and down roller coaster that is this season for the Minnesota Wild. After shutting out the Anaheim Ducks 3-0 on Wednesday, the WIld were absolutely hapless against the Nashville Predators, managing only 22 shots against backup goaltender Dan Ellis, and an exceptionally low number of scoring chances, giving the Predators a relatively easy 2-0 win.

The Wild even blew a 1:36 5 on 3 advantage in the second period, which gave the momentum right back to Nashville. Jason Arnott capitalized 30 seconds later, giving the Predators the lead, which they would never relinquish.

"I think nine shots in [almost] two periods is frustrating. There's no way you're going to win a hockey game only having nine shots, and I think only two were quality shots. That's the frustrating thing."

Hmm, maybe Jacques Lemaire has something to add? 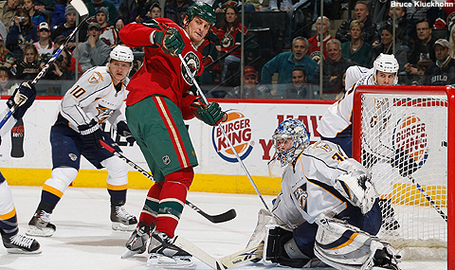 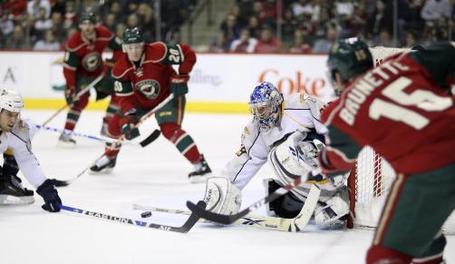 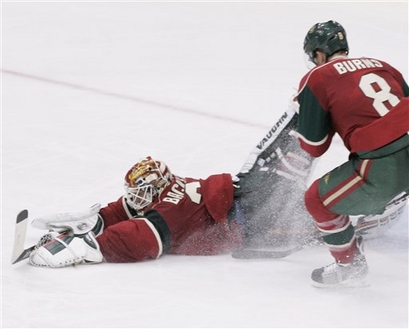