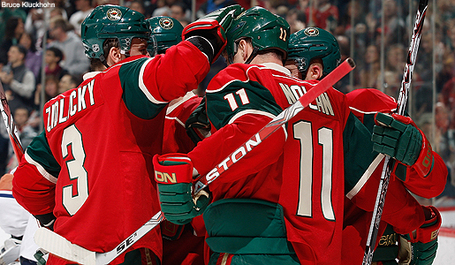 The Minnesota Wild finally got back on track, and beat a team on the second leg of a back to back, as Mikko Koivu was the only player to score in the shootout. Erik Belanger and Antti Miettinen also found the back of the net for the Wild. Beating Roloson was no easy feat, as he stopped 37 of 39 shots and 3 in the shootout.
These are the kinds of games that are exceedingly important for the Wild to win. They're division games, against a team with whom they're fighting for playoff positioning, and these two teams don't much like each other. That was apparent all night, and it's nice to see that the Xcel Energy Center crowd was giving Souray crap all game.

The 39 shots and only 2 goals is still disturbing, however. This team has too many guys looking for the pretty pass and the open net. They need to drive to the net, make the defense make a play and draw the penalties. Too often our goalies are hit, pressured and run over, and our guys take sharp angle shots or get centering attempts cleared away or shots from outside blocked. This lack of aggression is going to be my focal point the rest of the season. 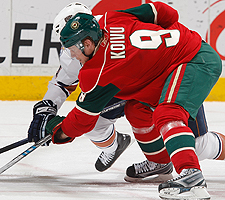 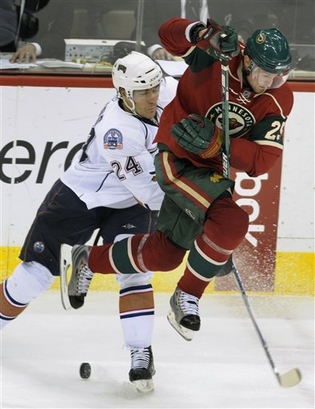 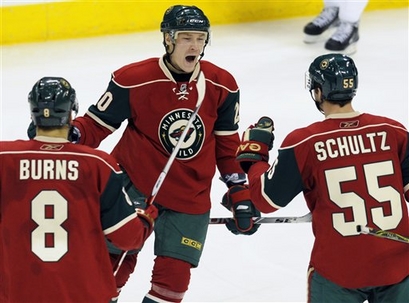