Minnesota Wild vs. San Jose Sharks: The Morning After

Share All sharing options for: Minnesota Wild vs. San Jose Sharks: The Morning After 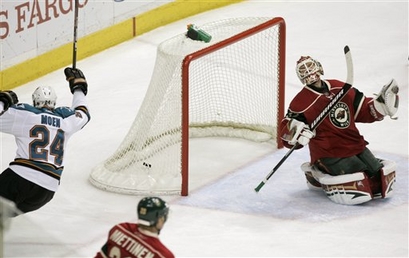 The Wild looked terrible in the beginning, getting down 3-0 and being outshot 14-6, then starting with a nice move by Peter Olvecky, the Wild started another fantastic comeback. Led by Owen Nolan's two goals, another by Pierre-Marc Bouchard, and the Wild and Sharks were headed to overtime tied at 4. Christian Ehrhoff ensured that the Wild would not mount two incredible come from behind victories in less than a week as he scored unassisted in overtime to seal the 5-4 Sharks win.
Mikko Koivu had another nice game, with two assists on the night, but couldn't slow down the Sharks' new top line. Joe Thornton, Jonathan Cheechoo and newly acquired Travis Moen were unstoppable. Thornton ended up with two goals while Moen had a goal and an assist. That top line causesd fits for every line the Wild threw out there. Nobody could keep up with their physical play and control of the puck. If the Sharks are going to break out of this slump and make a run, they need Nabokov to come back from injury at 100% and for this line to wreak the kind of havoc they did tonight.

Unfortunately, Niklas Backstrom was terrible tonight. He let in two soft goals, one moderately soft one and one on which he had no chance. He faced 23 shots and let 5 in. That kind of play does not a $24 million man make.
Not much else can be said. Yeah, the team had a nice comeback, but were so bad until that point that the fans booed them off the ice after the second period. Here's hoping the franchise does something to find themselves, because too many more games like tonight and the fans will be doing more than just booing. 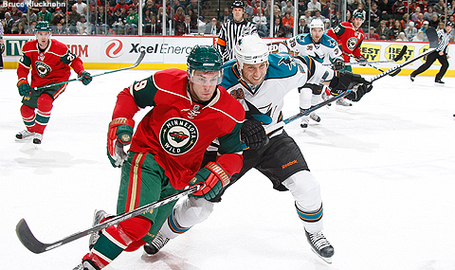 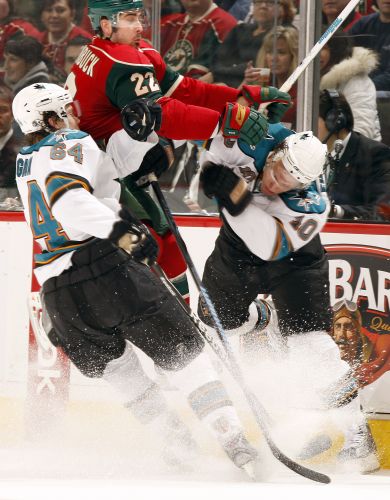 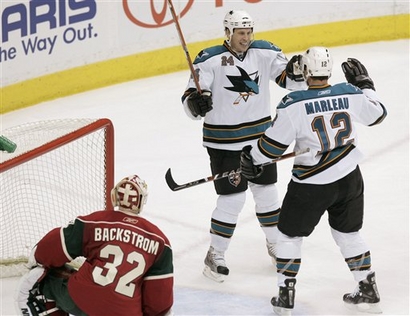