Share All sharing options for: Minnesota Wild @ St. Louis Blues: The Morning After 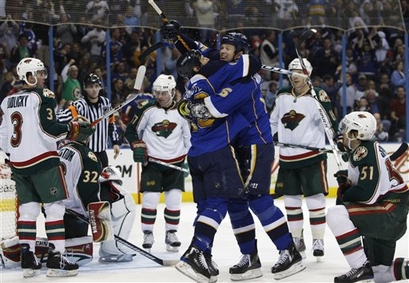 As the season comes winding down to the end, the Wild keep sliding further and further out of the playoff picture.
Games like tonight's are the kinds of games that have cost the Wild the season. This team lacks consistency, lacks depth, lacks scoring and lacks the will to win. They can't put together 60 minutes of good aggressive hockey.

I'm just beyond frustrated. When the team should be ramping up and putting it together, they're playing some of their worst defensive and offensive hockey in years. 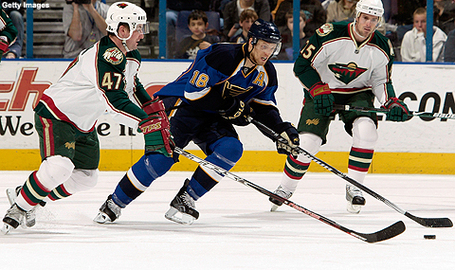