Class A Rant - As Promised

Share All sharing options for: Class A Rant - As Promised

Since I have a few minutes to myself, I figure I'll deliver the rant I promised you on the Boogaard suspension post.

Since it is lengthy, I decided to save space in all of your Google Readers and on the front page. Join me after the jump for the rant. 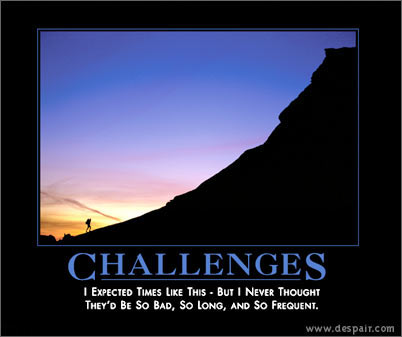 We will start with the Game against . Let me leave it to the coach to explain it.

...asked about the defensemen: "I don't even know what to say. I can say this, they can't play worse."

They were bad. Every d-man was out on the ice for at least one goal against. Cammalleri was left all alone in front of the net, and I am not exaggerating, five times. Just standing there, all the time in the world. All these people who tell me that Back's numbers are due to the defensive system need to watch this game. If he wasn't one of the best goalies in the league, the score easily would have been 7 or 8 to 1.

The Flames know exactly how to beat the Wild, and they do it over and over again. They know that the defensemen are going to chase the puck, and even if one of them decides to play basic hockey and stay in front of the net, they know the D is not going to even attempt to clear them out. So they put a guy like Cammalleri or Bertuzzi or Glencross in front of the net and just camp him there and hope for the best. Phaneuf put one in from the point that Backs never saw because the Flames had two wingers camped out front. Where were the Wild d-men? Flanking those two wingers to the outside of the net, surrendering the strong position, making no contact with them, sticks up about waist level, not on the ice, and not jockeying for position.

On another both d-men were over chasing the puck on the same side of the net. A quick pass across the crease, and Johnsson had no way to get across to help with the shooter because he would have had the ability to decompose his molecular structure so he could pass through Backstrom. Instead the Flames forward camped out front stood his ground and Johnsson got tied up with Backs and Cammalleri had one of the easiest goals in his career.

The defense wasn't playing defense, which if you have ever listened to or read my rants, pisses me off more than anything. I am not a fan of offensive defensemen. Just my thing I guess. I want my D-men to be big, strong, mean SOB's that level people, block shots, and clear the net for the goalie to make the save, and if you lay a hand on the goalie, you are going to get a beating like no one's business from one of those big men.

So you ask, where were all of these defensive forwards while the d-men were taking a quick lesson on how an offense should look? No idea really. Not fighting for the puck, that's for sure. Veilliux, Clutterbuck, Belanger, Brunette, all of them looked like they were afraid to go near the puck for fear that a Flames player might challenge them for it. Looked like the Wild were the little fat kid afraid to actually bring lunch to school for fear that the bully might take it away. 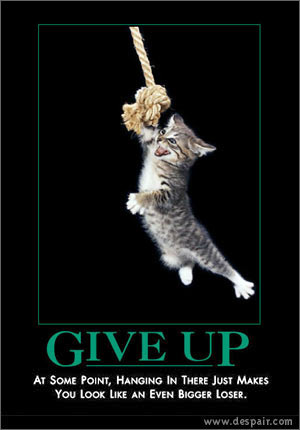 Some readers have challenged that if the Wild had some offense, they might have had a chance. Problem is, you have to have the puck for the offense to work, and that just was not the case. The Wild chased around all night. Dump and chase, dump and chase, dump and chase. Until finally the Flames grew tired of toying with the little men who had come for their hockey lesson and decided to hit the Wild just because and while they were at it? Shoot the puck and crash the net.

Usually I would be able to find a positive. There wasn't one. All the rest of the NHL needs to do to beat the Wild is watch this game, and have a coach who isn’t retarded. Put a forward out front, shoot the puck, and crash the net. No need to worry about the Wild, as the only way they score is by the grace of God that Owen Nolan can still deflect a puck. Oh wait... he's hurt.

Then I keep being told, "Just wait for Gaby to come back, just wait, you’ll see." I have waited for him to come back, several times as a matter of fact. Problem is, even if he is this God send that so many say he is, he has nothing to play with. Put him out there, and the opposition is going to throw their checking line out there against him. Then what? The Wild do not have the personnel to put out two scoring lines, so you are back to Nolan needing to carry the load. Jump ahead to the game, another in a long line of "moral victories" in which we are told that the team played better, and therefore we should be happy. Problem is they still lost. Playing better than you did against is no great feat. They still did not create traffic in front of the net, nor did the defense do anything to prevent traffic from building up in front of Backstrom. This is basic hockey. Hockey being taught at the mites level tells kids to have a wing in front of the net in the offensive zone, and the defense are supposed to make the opposing wing miserable in the defensive zone. I can see every coach I have ever had having a fit on the bench watching both defensemen chasing the puck to the same side of the ice. The question I have is: Are the players doing this, or are they being coached to do this? Couple all of this with the less than stellar season wearing to a grinding halt in the most painful way possible, and you have in front of you a situation in which Wild fans are not, and should not, be happy. Our General Manager continues to be OK with free agent stars leaving with absolutely no return. The only reason we can garner is that he is incapable of getting any return. If you were Brian Burke, would you be able to take Doug Risebrough seriously? Do you have any respect for him at all? Or do you look at the Wild, know their star UFAs are going to be available on July 1st and decide to simply wait it out? We have gone over and over the trading away of draft picks, and the staunch inability to accept even an offer for prospects such as James Sheppard. Sometimes, the shift needs to come away from the long term future to the near term. Of course, Risebrough does not have the greatest track record with trading away prospects, which likely makes him gun shy with that avenue as well. 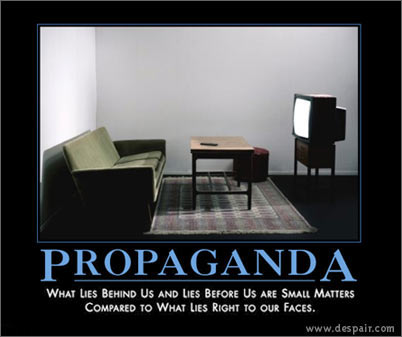 Basically, we have a team that is not capable of winning or being consistent, we have a coach who has little or no control over those players, a GM who cannot make the moves needed to make the team better either for the short term, or the long term, and an owner who seems to be so disconnected that he doesn’t even care. But hey, they got their skates tied, that's got to be worth something.

Let’s face it the Wild are NOT a good team. They just really aren't. The Wild can’t score. Can’t play defense any more either. No offense coupled with no defense, well done. It is time for a fire sale. Put the entire team up, no one is off limits. I would truly hate to see guys like Burns and Koivu skating for someone else, but as the old saying goes, "We aren’t winning with you, so we can’t do much worse without you." Imagine the number of picks and prospects the Wild could have if they took no player off the table.

Who knows, maybe all of this ranting and raving is premature, maybe it is not deserved, and maybe it is out of bounds. I am certain that I will get my fair share of comments telling me to back off, lighten up, or that I have no idea what I am talking about. I look forward to the discussion. Just remember: 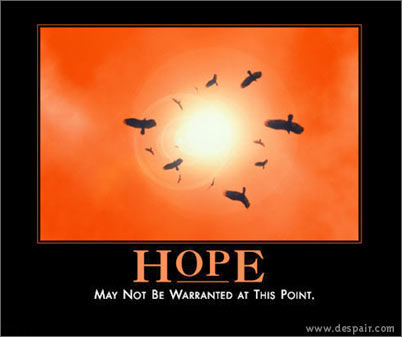 (pictures are from despair.com)