Share All sharing options for: Minnesota Wild @ New Jersey Devils: The Morning After 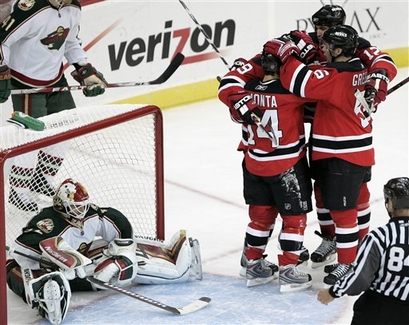 
Thank you Doc Emrick for showing all Minnesota Wild fans what a true NHL play-by-play man sounds like. That being said, thanks to FSN for not showing this game. What a disaster. This team is the epitome of a .500 team. Ups and downs, that's all they are.
Oh, and just another night where Niklas Backstrom gets the gate. However, tonight was not all his fault. The Wild put 35 shots on Martin Brodeur, and the best goaltender in the history of the NHL stopped them all enroute to a 4-0 Devils win.

Once again the Wild proved to everybody that they are offensively inept. Sure, they have playmakers, but the powers that be have decided that one finisher is all they need, and without Gaborik on the ice game in and game out, they are no match for the better teams in the NHL on a regular basis. Sure, they can fight their way to a few wins against the best. They can tighten the D and ride a good performance by Backstrom to a W, but aside from that, they can't do much more. They are at the bottom of the league in goals scored, and once Backstrom is beaten, all bets are off.

The first period was a feeling out process, where neither team had many shots on goal (4 and 6) and fewer scoring chances. However, after Patrik Elias scored at 1:24 into the second frame the Wild turned up the heat, amassing 16 shots but couldn't solve Brodeur, and once Brian Gionta tipped Zach Parise's shot and 1:03 later Johnny Oduya rifled one past Backstrom, his night was over, as was that of the Wild.

Harding came in, gave up one goal in the third amidst a flurry of shots by both teams, but it didn't matter as the game was all but over. It's time to showcase him to move him before the draft. Start him the next four or five games.

Time to head home for Sunday's 2:00 matchup with the Edmonton Oilers. 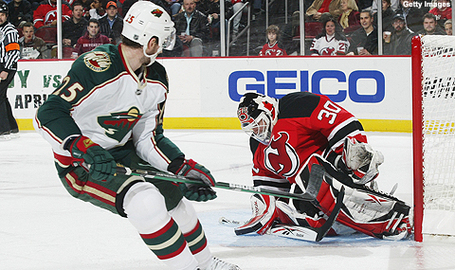 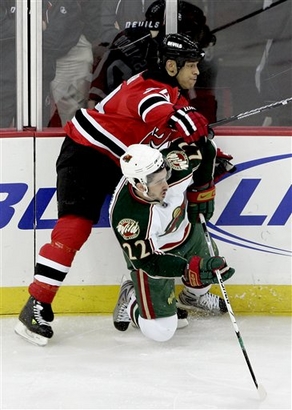 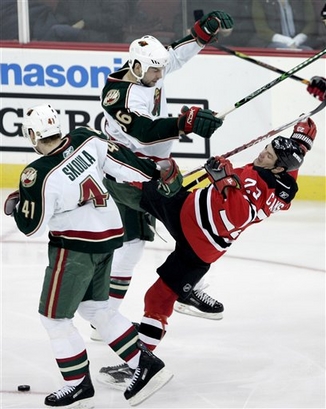