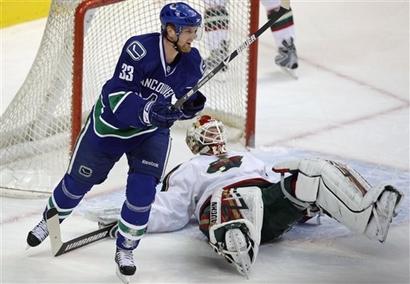 
The Minnesota Wild got off to a great start Tuesday night, with goals from Dan Fritsche and Marek Zidlicky in the first period to go up 2-0. After Zidlicky's power play goal, however, everything went the way of the Canucks.

After signing his big new extension, Canucks forward Alex Burrows brought the Canucks within one half-way through the first period. From that point forward, it was the Alex Burrows show. The guy was everywhere. If he wasn't in the play, he was pestering Cal Clutterbuck, Mikko Koivu and Pierre-Marc Bouchard in addition to creating traffic around new multimillionaire Niklas Backstrom.

Starting with the Burrows goal, Vancouver outshot the Wild 30-20, and frankly it didn't even look that close. The Canucks kept the Wild penned in with such ease, that on at least three occassions, the Wild went almost two minutes without being able to make a shift change as they chased the Canucks around their own zone.
The Wild seemed to show a little life after the first 90 seconds of the second period, before once again losing control of the game and chasing the Canucks, while Vancouver pressured Niklas Backstrom often. However, until almost the 18 minute mark of the second, it looked like the Wild would get out of the second frame outmanned, and outshot, but unscathed.
Unfortunately, a pair of major defensive breakdowns proved to be the Wild's undoing. First they let Pavol Demitra slip between the defense and bury the puck past Backstrom off the inside of the post, then 30 seconds later Steve Bernier took a turnover in the slot and turned it into the eventual game winner.
There was hope that in the third period the Wild could come out with some aggression, but a pathetic forecheck, coupled with a seeming lack of desire to play in the offensive zone for much of the period proved their undoing.

To put the nail in the coffin, Henrik and Daniel Sedin once again showed why they are amongst the NHL's best at cycling the puck. The twins made the Wild their playthings on Burrows' second goal.

If tonight was a night to show off Kim Johnsson, Marc-Andre Bergeron, Martin Skoula and Stephane Veilleux, the failed miserably. Those four had a lot of ice-time, but were seemingly invisible. Let's hope they've made their marks on NHL general managers prior to tonight.

We'll see you in the morning for the Hockey Wilderness Trade Deadline open thread. 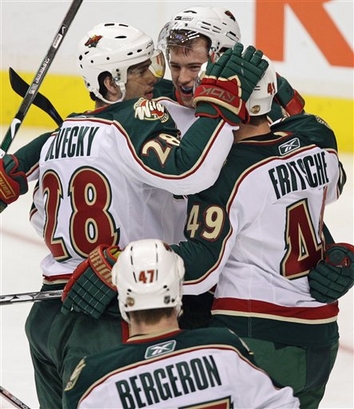 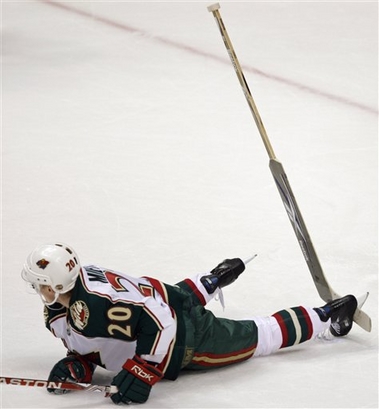 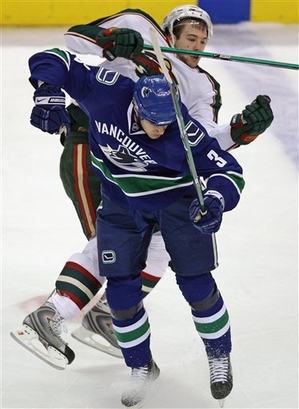 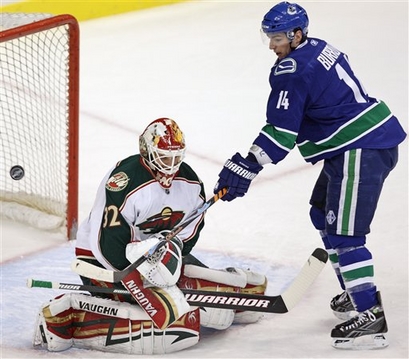