I'll admit, it's been pretty easy for me to come here and prattle on endlessly about how this team has no future - about how they seemingly didn't get the memo about the rule reinforcements allowing offense to flourish after Gary's Temper Tantrum Over Money that killed an entire season.

After all, I'm just some jerk from New York that watches the Wild from a distance and without any emotional attachment whatsoever.

With that said, I've come to you today of all days to admit I've been dishonest with you all.  I know that I've mocked and belittled Wild general manager Doug Risebrough whenever buddhafisch or neide have allowed me off of my leash to write here and some of you may have agreed with what I wrote and your rally cries urged me to feed the beast.

It's all a lie though.

I'm but a simple columnist.  I'm here to spew forth with venom to feed the masses whether they like it or not, to say things I don't actually believe in that will help bring you all here.

The fact is, I've stood fast to one belief all season long for this Wild team and this organization: 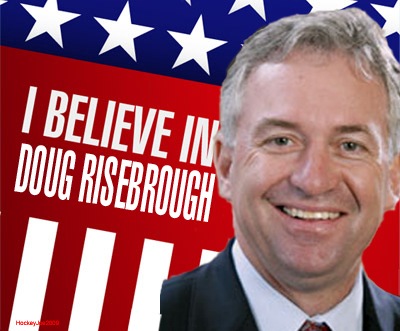 I know, you're shocked.  You're horrified.  You're probably disgusted.  After all, a lot of you Wild fans are debating whether or not you want to shell out the money to get Wild season tickets again next year and I can say without the shadow of a doubt in my mind...

That today's April 1st and even I can't keep that ruse going without laughing myself stupid.

The Wild had their chances to keep the flicker of hope alive if they could beat Vancouver.

Sports Club Stats made it clear that a Wild victory kept their playoff hopes "alive" at 28.6% with a win.

Instead, it's a loss and their chances sit at 8.4% of just making the playoffs with six games left.

The return of Marian Gaborik has helped add a nice offensive touch to a team that has missed his presence in the lineup terribly.  Since returning on March 22nd, Gaborik has played in six games scoring five goals and adding three assists including his two goal, two assist beauty in a 6-2 win over the Islanders.

Oh what could have been Marian...

Then again, it's not fair that for the last seven years in Minnesota he's been the one who has had to carry the load offensively virtually alone.

I know, there's been Brian Rolston and Pavol Demitra there and even sometimes Pierre-Marc Bouchard but the consistent inconsistency for the Wild is that Marian Gaborik is the be-all, end-all for the offense and the team goes as he does.

When a fragile China Doll is the guy you absolutely MUST have in the lineup to win more often than not and he's not surrounded with anyone to support his game... What do you expect?

Instead, rightly and wrongly, Gaborik has been made the scapegoat for the front office's failures and now the Wild will head, seemingly, into a playoff-free offseason where both Risebrough and Gaborik may be out of options and may have to go through this same charade again next season.

Why?  The small sample size that Gaborik is putting together at the end of the season won't net him the lucrative contract he's looking for to be paroled out of Minnesota and Risebrough is too lazy to look for a player outside of the organization to help his team score goals.

Never mind that some teams are going to have, potentially, some major moves to make which could mean some really solid scoring talent will need to find their way on to new teams. Things like this should make a GM's job a little easier if all they have to do is offer up the right money, right?

Risebrough, and seemingly owner Craig Leipold, like to pretend the Wild are poor and make no money.  Craig Leipold seems to think he's still in Nashville where the team under his watch spent frugally, had a hard time filling the Gaylord/Sommet Center and took their sweet time making the playoffs with blue-collar spare parts team.  They couldn't spend big money because they weren't making any money.

That's not the case in St. Paul.  The Wild make plenty of money but act poor.

It's frustrating for this hockey fan to watch this because Minnesota hockey fans are some of the best in the world.  I mean that, no April Fools gag here.  You're all staunchly loyal and you give it your all for a team that tries very hard on the ice and an organization that doesn't try hard at all off of it.

You deserve better than this Minnesotans.  It's time to start demanding better.  This isn't the 80s anymore and these aren't the North Stars who struggled to fill a sub-par facility in Bloomington.  These are the Minnesota Wild who pack in the Xcel night in and night out regardless of how the team is doing and this team isn't going anywhere because even these nimrods in the front office know a cash cow when they see it.

It's time to stop being treated like suckers.  There's a line from a film that fits the situation here, from a fine anarchistic visionary of graphic novel fame: 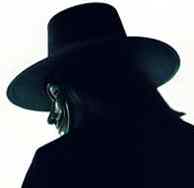 "Governments should be afraid of their people."