The Minnesota Wild held their annual development camp this past week, and the conclusion was a 4 on 4 scrimmage of all the prospects in camp, open to the public at the Xcel Energy Center.

Fellow Hockey Wilderness posters mbennett and SpaethCo joined me at the event. We had a fantastic time, and highly recommend to all of you that you check this out next year.

To show just how into hockey we Minnesotans are, it was a beautiful summer day in the low 80s with nary a cloud in the sky, yet 2,000 die-hard Wild fans were inside watching kids who may be 4 to 5 years from the NHL play a scrimmage.

The roster was as follows: 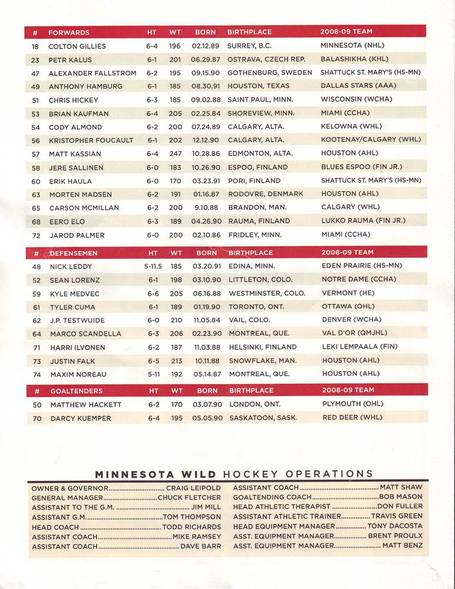 Here are my tweets from the scrimmage, courtesy of www.twitter.com/hockeywildernes

Colton Gillies blames coaching for the green team being behind. Brent burns gives him a wet Willie in return

There is an impressive crowd here. Wish they had more than popcorn available though. http://twitpic.com/a50lo

In case you are wondering which Wild prospects are here http://twitpic.com/a50sj

Haula and Fallstrom from Shattuck look awfully good with the puck. Gillies looks confident, which he should considering his experience

Overheard "pass the puck!" My response: "Yeah, that was this team's problem last season, they didn't pass enough. Idiot. Just shoot it."

Dude "it's a practice! You need to learn to give it to the guy in a better position" Me: "in a real game, the guy in the slot is on his ass"

Matt Kassian is a big, big kid. Would love to see him in full contact.

And it ends 7-4 in favor of the white. Cal's kids held the lead over Brent Burns' fedora

More after the jump

Jarod Palmer had the best move in the shootout

Colton Gillies was a man among boys out there, but with his NHL experience, he should have been.

Matt Kassian has an NHL-ready body. now, if he can just show some consistency, he's ready to be a power forward.

Peter Kalus also showed promise. His puck control was far and away the best of the day.

Now for the pictures (thanks to SpaethCo for some of these): 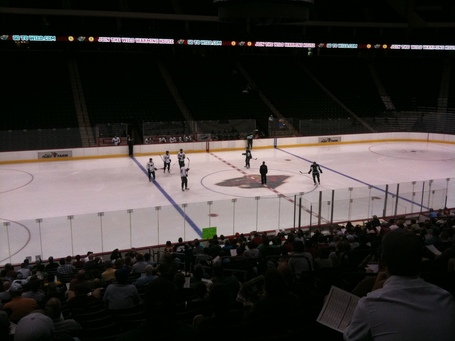 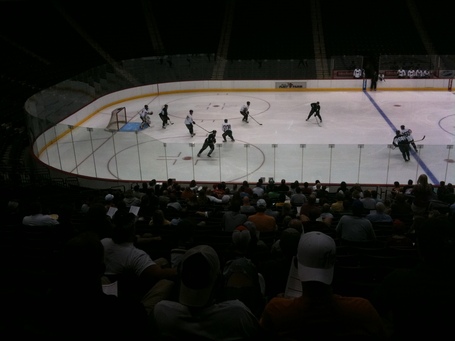 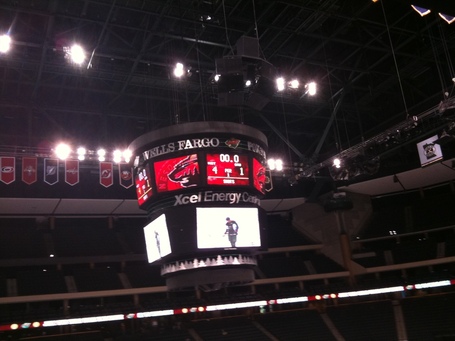 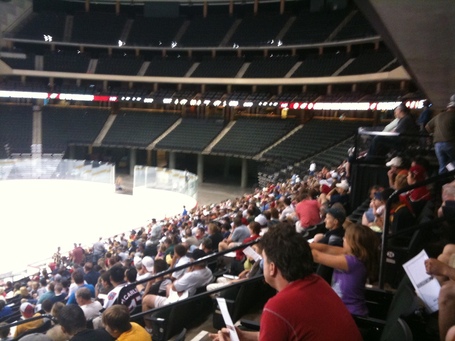 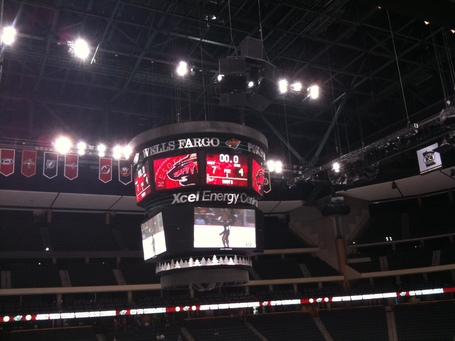 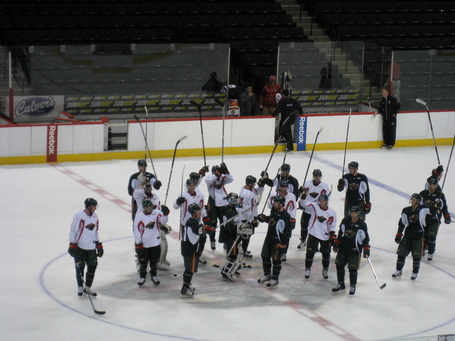 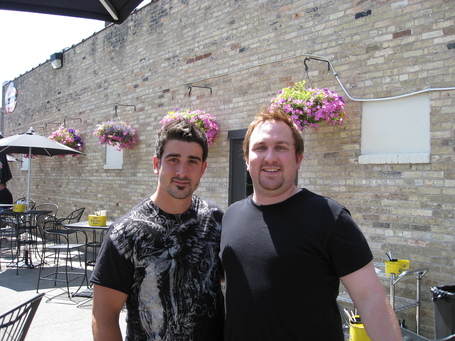