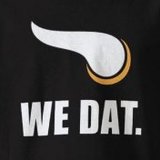 Daily Norseman - SBNation's Home of the 2008 and 2009 NFC North Champions, the Minnesota Vikings! - Game time, Wilderness. Support the only team left in the Dome. They get pretty crazy over at the Norseman, bring your helmet.

Russo for a Shorty Award - If you haven't voted yet, shame on you. If you have, well, get someone else to vote, too.

Minnesota Wild play from in front for a change - TwinCities.com - Brothers' Gamer.

Michael Russo's Sunday Insider: On getting better faster | StarTribune.com - A little bit of opinion from Russo.

News from the System:

Ms. Conduct: O Canada - Not sure how I have failed to link to Ms. Conduct in so long. It was an epic fail on my part, and I apologize to everyone in the Wilderness.

BLADES PAGE: Buck's shot makes him one of ECHL young guns" Naples Daily News - A little news from the Everblades. Not the official ECHL affiliate, but nothing is official at that level, is it?

Omaha.com - The Omaha World-Herald: Sports - Hockey: Lancer stars break through - Article about the Omaha Lancers, home of friend of the blog, Erik Haula.

In Your Strange News of the Day:

The Hockey News: Headlines: Man taken down from conduit in rafters of Joe Louis Arena during Red Wings game - Uh, yeah. A guy was up on the catwalk. Strange... pretty solid security there, I guess.

Hope to see you all over at the Norseman today for the game. Who Dat? Well, We Dat.