First off, Happy Birthday to my nephew, who turns 16 today and will shortly be terrorizing all of you on the roads. (A quick hello to the NSA agent assigned to read this post, as it mentioned terrorizing someone.) He doesn't read HW, mostly because I'm not sure he can read, but hey, happy birthday to him, anyway.

I wonder to myself sometimes if the amount of "work" I put into the Walk is worth it. If those out there reading it are actually enjoying it enough to make all of the digging worth it. Then I realize that I am already reading all of it, and all it really takes is a link to the page, so it really is more Tom Powers level "hard work," not actual hard work (Sorry Tom).

Thus, you have what I believe is a pretty good find today. Maybe it will spur a bit of conversation after a long turkey hangover. It is a topic sure to delight.

Guess what? Only today and tomorrow left to get in on Movember... just two days left to make that donation you have been holding off on. Why procrastinate any longer? Head over and make that donation. You'll feel good about yourself, and you can help rid the world of this: 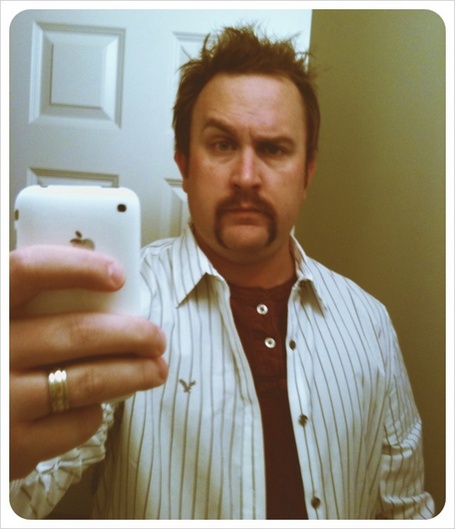 Make sure you head over to Facebook, and get in on the Question of the Day. Also, it's game day, that means fun with pictures! See you later, folks.

Coach parcels out blame | StarTribune.com - Richards refuses to call his players out publicly. Interesting, and noted for future reference.

Minnesota Wild need big men to get team on track - TwinCities.com On the day the Wild may debut a 5' 9" defenseman, this is the headline for the Pioneer Press. To be fair, it is using "big" in reference to imprtance, not size, but still...

Matchsticks and Gasoline - SBNation Calgary coverage. Good folks going through a rough time. I feel for them. OK... not really. They are good people, though.

Hitting The Post: Wings wresting control of Central - Sigh. The Wings are good. I have to vote for the as #1 in the West again today. You don't want to be me.

Defensive Development | Blog Archive | Houses of the Hockey | Blogs | TheScore.com -  A good, if only brief, look at the development of top ten draft pick defensemen. Anyone know someone who fits that description?

NHL continues No Accountability Policy with its officials - Broad Street Hockey - The fact that refs don't have to answer questions is absurd. Completely absurd. The Pronger call was wrong, and someone should explain why it was made. Still don't buy the Philly side of the story, but it was the wrong call.

Second Period fixes. - Hockey Wilderness - A fan post is gaining some traction for poking fun at the second period nap. Join in, will you?