Ontario Minor Hockey Association to Nazi Soldiers: You Got it Right

Share All sharing options for: Ontario Minor Hockey Association to Nazi Soldiers: You Got it Right 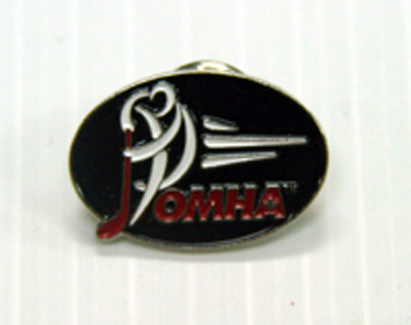 That headline catch your attention? Good. It should. We have an important issue to discuss.

Two weeks ago today, we brought you the story of a coach who stood up against racism, and was summarily punished for doing so. Yesterday, the league suspended the coach for a year, saying that they were simply enforcing the rule that Hockey Canada had put into effect. Their logic flawed, as all moronic thinking is, the OMHA has decided to use the logic of those who enforced the rule of the Nazis and other groups bent on enforcing their will, but unwilling to accept responsibility for their own actions.

"I was just following orders."

For those of you behind on the story, please read the link above. Basically, a coach pulled his team off the ice after the opposing coach refused to stop playing a kid who hurled a racial slur at another player. The coach did the right thing, stood up for his beliefs, and for his players. According to the Peterbourough Examiner, the league saw it differently, and suspended him indefinitely, pending a hearing. That hearing was December 11, and the punishment was handed down yesterday.

Suspended for one year. Per the rules, the league says. I was just following orders.

Some of the story from the Examiner needs to be emphasized. For example:

OMHA executive director Richard Ropchan characterized the suspension as fair, saying Walsh could have been suspended for a year or more.

The OMHA does not make the rules, it just enforces the rules and the rule Walsh broke was a very severe one, he said.

The suspension is fair because he could have been suspended longer? The Campbellian logic terrifies me.

The two actions are seen as separate issues? I suppose, but does intent and the background not have bearing? These are not two separate issues. One stems from the other, and the disconnection of the two provides you the cover you need to suspend the coach. Only, in the real world, the disconnect doesn't exist.

The offending player was suspended three games, which settled the racial slur issue. Well, no sir, it doesn't settle it in the slightest. A three game suspension is a joke. Especially when compared to what you gave the coach for standing up to it. How in the hell can you justify this to the kids? What lesson were you trying to send? Oh wait... you were just following orders.

"(Taking a team off the ice) affects a lot of players and people and schedules and things like that," he said.

Taking the team off the ice does, indeed affect a lot of people. You know what? They'll get over it. There is not a schedule in the world that is more important than the way you just made every black player in your league feel, especially the kid who was on the receiving end of this. I really hope this guy doesn't have kids, and if he does, I hope they leave home and never look back. Your dad is a moronic ass with no ability to think for himself, kids. Learn that now.

"We are put in a position to have to apply the regulation and the necessary suspension based on the criteria set forth by Hockey Canada.

"It is a Hockey Canada regulation and it is very severe and (Walsh) was made aware of the consequences."

Right. This is the "we were only following orders" line of BS, right? It is a Hockey Canada regulation, and you were just enforcing the will of the dictatorial giant. Yeah, yeah. We heard that already. Problem is, back on December third, Hockey Canada had this to say:

Todd Jackson, a senior manager at Hockey Canada, said the regulation "allows the minor hockey associations to deal with different situations on a case-by-case basis."

Huh. Hockey Canada told you to deal with it, using your brain. Your "I was just following orders" defense is gone, sir. Before you even used it, it was gone. Do you think the rest of the world is an addled as you are? That we wouldn't remember that Hockey Canada already washed their hands of you? What your true reasoning is for suspending the coach may never be known. Until you are willing to own that it was your decision, we'll just assume you are a power hungry idiot that holds no personal accountability.

The coach of the opposing team was John Welsh, who is also president of the Peterborough Minor Hockey Association.

More Campbellian logic here. How is the president of the association also a coach? Do people not understand what a conflict of interest is? This guy put a kid back on the ice that led to this situation. Where is his punishment? Why is he still in charge of the league?

McCullum said the OMHA ruling shocked him. It sends a very poor message that racism is OK, he said."I feel upset about it, surprised," he said. "He did a good thing. He shouldn't be punished that bad for what he did."

McCullum's mother Debbie said she was at a loss for words when told about Walsh's season-long suspension. "It is ridiculous. I guess it just doesn't pay to stand up for something," she said.

There you have it. The player who is the victim here doesn't understand the message, straight from his own mouth. The lesson his mom sees? Don't stand up for what you believe in, because you will get punished. Great job, Mr. Ropchan. You certainly earned your stripes today.

As it turns out, the coach figured he would be suspended. He still did the right thing. The man is a freaking hero, and I really hope someone makes that clear to him and to the kids he coached. In the face of adversity, he still stood up and said he would have none of it. That should be the lesson the parents are teaching the kids right now. The league should be run by people who stand up for what is right, not people who pass the buck.

Ropchan said the organization understands the criticism but reiterated the OMHA was just enforcing the rule.

"We have received a lot of criticism on it…but we have to apply (the rules) as they are written," he said. "We do take the racial slurs and racism very seriously and there is no place for it in hockey but that's a separate issue."

Yeah, except that Hockey Canada told you to use your best judgment, not to shove your head up your ass and then blame them. The only thing that is clear is just how seriously you take racial slurs. The answer is, not very seriously at all. You already said you were pleased with the way the racial slur was handled. Which means that you truly believe that the game not getting played is more important than sending the message that racism has no place in hockey.

If I am a parent in the OMHA, I'm leading a charge to remove this idiot from his position. The president of the local league would also be done. I would be in touch with Hockey Canada filing formal protests, and I would make Hockey Canada rule on the situation, and not let them simply stick their head in the sand.

Mr. Ropchan, you sir, are a joke. Your lack or moral compass is disturbing, and your lack of basic logical processes laughable. It boggles the mind how you got as far up the food chain as you have with the type of logic that history has taught us to avoid.

Here are the real lessons cats and kittens:

I truly hope that this is not the last we hear of this story. I hope there is a revolt in the OMHA, and the local league in Peterborough. I hope the parents in this istuation make it clear that the wrong lesson was sent, and send the right lesson. When someone in authority does something that goes against the will of the people, you can remove them and correct the situation.

Please don't ever, in a million years, stop standing up for what you believe. It is the worst form of self-torture.

Now, for those of you who choose not to read the italicized text at the top, I re-iterate. I am NOT comparing what the OMHA did with what the Nazi regime did. Make the connection, in thinking, people. This is about "I was just following orders" not about the ruthless murder of six million people.