Share All sharing options for: The 12 Days of Wild Christmas: Day Ten 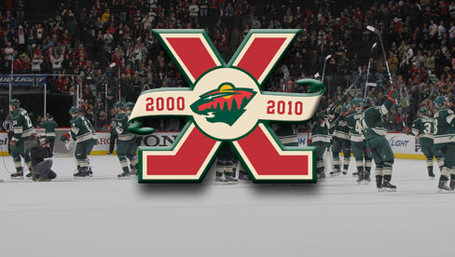 If you haven't done you shopping yet, may we recommend a subscription to the Denver Post? Along with the usual prattling on about Peter Forsberg's eventual return to the Mile High City, you can also get random baseless rumors about the Northwest division foes. It really is quite the deal. Maybe you could give it on day SEVEN.

For those who actually had a horse in the race last night between the Wings and the Nucks, here is the song we are referring to:

On the tenth day of Wild Christmas the Wild gave to me: