Dear Bruce: A Lesson in UFA vs RFA

Share All sharing options for: Dear Bruce: A Lesson in UFA vs RFA

Anyone who has read my ramblings either here, or in my past blog life, knows that I don't deal well with poor reporting. I once lit up a guy who wrote for NHL.com after he said MIkko Koivu was the #2 center behind Benoit Pouliot, and that Bouchard was the Wild's best center and should be on the first line. Yes. That Bouchard.

The issue I have stems from several places. First, from the fact that there are a number of journalists who get paid to do this. Real, American money. This is all they do. They don't write about the team part time and then go flip burgers at the BK Lounge at night to make the ends meet. They write about hockey, specifically about the Wild, and get paid to do so. I am guessing they make a fair wage, or there would likely be some turnover in the position.

Can anyone guess what we are going to discuss after the jump? It has to do with a certain local beat writer, and you can safely deduce it isn't Russo.

Make the jump, will ya? 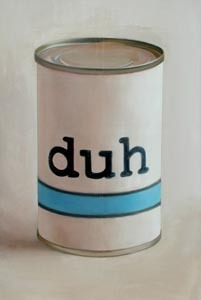 In an article posted in the Walk earlier, one Mr. Bruce Brothers of the Saint Paul Pioneer Press discusses the value of Guillaume Latendresse (BTE, BTW) to the team.

Now, granted, the article is fairly well written, and I do agree that BTE has a pretty high value to this team. I mean, he should have 30 goals by the end of the season and wasn't even here the whole year. The last guy to do that is now a skating kitty.

However, Brothers starts to lose me a bit with this line:

Richards has taken to Latendresse like a kid to a new bike.

Um. OK. Too many jokes, and we have real business at hand. Let's just let that one sit. There are too many times in the article when I can see every English teacher in the US getting out their red pen and writing "cliche" or "too much," so like I said, we'll move on.

As we read to the height of the article, we come across this gem:

Fletcher will be watching the Wild's final seven games carefully, because Latendresse will become an unrestricted free agent if he's not signed by July 1. Fletcher doesn't expect a problem, and neither does Latendresse.

Does anyone else see anything wrong with this? Anyone? Anyone? Bueller?

Latendresse is a Restricted Free Agent at the end of this season. Restricted, as in:

not general : limited  b : available to the use of particular groups or specifically excluding others c : not intended for general circulation or release

That definition is courtesy of Merriam-Webster.com, by the way. You know, the big red books in every classroom in America? Or, if perhaps it is a struggle to look up the definition of words, there is always dictionary.com.

But Buddha, how could one possibly know that BTE is an RFA and not a UFA? I mean, what kind of superhuman knowledge base exists to inform a journalist of the pending status of a player?

Since you asked, I have a few suggestions. First, you could, say, ask the player a question. Other potential sources for this information would be the General Manager, assistant GMs, the Head Coach, the player's agent, the NHLPA, the player's teammates, the player's parents, siblings, and friends... but I digress.

If opening your mouth and producing sounds seems to be a Herculean effort not worth the trouble, you could perhaps use one of two sources known to everyone who has ever written an article about the NHL: NHLNumbers.com or CapGeek.com. For reference, the players with green boxes on NHLNumbers are restricted free agents.

The information could also be garnered from such sources as the Collective Bargaining agreement, but that would also take the ability to calculate the players age and years of service, which seems much more work than simply looking up the information.

HERE you will find a very layman type explanation of how the whole process works, including offer sheets and all of the other fun that can come with an RFA.

Now, I hear those in the gallery yelling "Overreaction!" I hear you, and I would be willing to accept this as an over reaction. I might even accept it as a mistake, one made when someone writes as many words and articles as Mr. Brothers does. However, early this year, we were told that Cal Clutterbuck would have been unrestricted at the end of the season had he not signed the three year extension. (The article is only for sale now, or I would link to it.)

This is also the same reporter who told us that James Sheppard is starting to "pay dividends."

So, an over reaction? You are entitled to your opinion, for sure, but I demand a bit more from the people being paid handsomely to report accurate information. I demand more from the people who hold the jobs that so many people would kill to have, and are looking more and more qualified by the moment.

If Mr. Brothers would like to offer a different viewpoint on how the UFA and RFA system works, I am all ears. My email is listed at the bottom of the page, and the comment section is open. I'm not going to hold my breath, however, as if he can access Hockey Wilderness, he should be able to access the information he needed to get the article correct.

All that, and I forgot the lesson promised in the title. Basically, Bruce, if BTE signs with another team after the Wild qualify him, they are entitled to some pretty steep compensation. What this does is limits, or "restricts," the number of teams vying for his services. This, as opposed to say, Owen Nolan who will be an unrestricted free agent, meaning that he is not limited, or "restricted," from signing with whatever team he so chooses.

(Uh, oh, I criticized another member of the media. Shame on me.)