A Friendly Warning to our Tampa Bay Friends

Share All sharing options for: A Friendly Warning to our Tampa Bay Friends

After showing video of the human traffic cone earlier today, today seems to be remembrance day here at Hockey Wilderness. Next on the plate is a blog coming from the Tampa Bay area, regarding a certain former Wild GM, and the possibility that he may end up the new GM of the Lightning.

First off, let me say that Russo says Tom Jones is a good guy. I've never met him, never had the pleasure of conversing with him in any form. I have nothing against Mr. Jones, but I do have a handful of disagreements with him, and some warnings for his readers.

Make the jump, and let's look at this a little closer.

On his Two Cents blog, Mr. Jones examines how good a fit He Who Shall Remain Nameless would be as the new GM of the Lightning. I am informed that Jones covered the Wild for the first two seasons, and a bit into the third season, before we were introduced to one Mr. Michael Russo. So, while Jones has experience with HWSRN, it is limited experience. He was here in town when the team was just building itself, so we'll cut him a bit of slack, OK?

In the blog, he talks about how HWSRN has close ties with the new ownership in Tampa, something Russo has mentioned a few times on Twitter. However, that's where our agreement ends. Again, let me stress this, I am simply disagreeing with Mr. Jones. I am not trying to be a jerk or call him out in any way.

Here is a couple quotes from the piece:

[HWSRN] is a sharp and experienced hockey executive.

I suppose he is experienced, yes. But sharp? Sharp as a bowling ball.  He was run out of town in both Calgary and Saint Paul. The only thing sharp was the spear points the fans were holding.

[HWSRN] guided the team through an expansion draft with several shrewd pickups, including little-known players at the time such as Filip Kuba, Jim Dowd, Andy Sutton and Sean O'Donnell. In the Wild's first NHL Entry Draft, [HWSRN] passed on several highly-rated players and selected Marian Gaborik, who has developed into an excellent NHL player. [HWSRN] also has the knack for picking up players off the scrap heap and giving them a chance to turn into solid NHL players. Andrew Brunette, Dwayne Roloson, Wes Walz and Richard Park quickly come to mind.

I never liked Kuba. I really never liked him at all. The guy always seemed to be on the ice when the other team scored. Skoula like gaffs? No, but man, the bad luck sure seemed to follow him. Dowd, Sutton, and O'Donnell all served the team well in the formative years.

The next line trips me up a bit. "In the Wild's first NHL Entry Draft, [HWSRN] passed on several highly-rated players and selected Marian Gaborik, who has developed into an excellent NHL player." My only question is who did they pass on the take Gaborik? Sure, there are some guys drafted below him that are solid NHLers, but are any of them, or were they ever, impact guys like Gaborik? (Let me just say I gavomited typing that.) Niklas Kronwall, Alexander Frolov, Brad Boyes, Steve Ott, Scott Hartnell, Brooks Orpik... any of those guys that you would have drafted before Gaborik?

Me either, and I am a bitter man when it comes to the Great Gaby. Were these guys ranked higher in that draft? Maybe, but GMs rarely go with what Central Scouting tells them.

In my comment over on the blog itself, I gave credit where it was due. Getting Bruno was a stroke of genius, operative word being stroke. Then, Bruno was allowed to walk for no return, something we learned would be standard operating procedure. So, the stroke apparently passed. Walz is revered here in Minnesota, and was fired in Tampa Bay. Roloson was the beneficiary of a defense only system. How has he fared since his departure? Not well.

Let's shake it off. 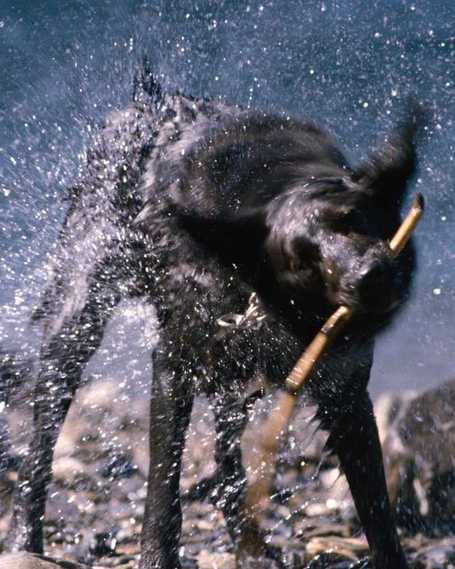 By the way, a Google image search for "Shake it Off" returned a multitude of pictures of Mariah Carey. The things I do for you people...

Trades? [HWSRN] showed deft skills, shipping out veterans for prospects who turned into steady NHL players, prospects such as Willie Mitchell and Stephane Villeaux. He also coaxed the best coach in the NHL out of retirement (Jacques Lemaire) to run his bench. In the end, the most impressive line on [HWSRN]'s resume is he took a team with no players and, along with Lemaire, had that team in Western Conference final in three seasons. Imagine what he could do with a team that already has players such as Steven Stamkos, Vinny Lecavalier and Marty St. Louis -- all of whom are better than just about any player who ever played for the Wild.

The man traded for CHRIS SIMON! Chris freaking Simon. He traded away draft picks to move up in the late first round. Because as we all know, when you pick late in a round, the difference in talent between one guy and another is huge, right?

He shipped out vets to bring in prospects? When? When did he one time trade a vet to add a prospect? Stephane Villeaux is an energy guy. He was the original Clutterbuck for the Wild. Sure, you need those guys, but I don't know that they earn the GM high praise for bringing them into the system. Willie Mitchell served his purpose, but he is a defensive defenseman. Dime a dozen, in my opinion.

The only trade he ever made that even made marginal sense was trading for Pavol Demitra, and even that blew up in his face.

Let's imagine, as Jones suggests, what HWSRN could do with a team that already has Stamkos, Vinny, and St. Louis on the roster. The imagination leaps at the opportunity. He could trade Vinny to the Habs for Pouliot, or even to the Wild for James Sheppard. St. Louis is a UFA after this coming season, HWSRN would certainly let him walk for no return. Stamkos is an RFA after next season, meaning that HWSRN could offer him an insulting contract and cause a holdout. The Bolts pick 6th in the upcoming draft. Certainly they can move up at the small price of every draft pick for the next five years.

It takes little imagination to come up with how many different ways this team could suffer at the hands of HWSRN.

I offer this entire argument not as an attack on Mr. Jones, but as a friendly disagreement. Also, as a warning to my fellow hockey fans in Tampa Bay. You should be outraged that HWSRN is even under consideration. Of course, there isn't much you can do about it, but still, please don't be happy about it. It is not the fresh start you want and deserve. It will be hell on Earth, and you deserve better.

I wish you luck in the coming days, and truly wish that HWSRN remains confined to a scouting role with the Rangers where his damage is limited.