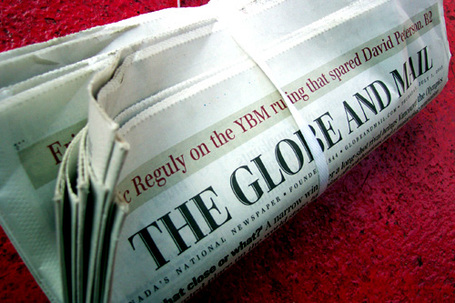 If I were to say the name David Shoalts to you, what is the first thing that comes to mind? Would it be confusion as to just who the hell he is, or would the mere utterance of his name make your stomach turn as it does mine?

Here is a primer. Shoalts is a writer for the Globe & Mail, a major newspaper in the Toronto area. To be fair, the G&M is also the employer of a very good man who goes by the name of James Mirtle. If it weren't for Mirtle signing up to write for SBN before jumping ship to take on his real job, I may not be here to criticize people at all. So, you have Mirtle to thank for everything.

However, this is about David Shoalts, his piss poor journalism, and his inability to let go of a grudge. Make the jump, will you?

If you know anything about the NHL, you know the Coyotes are in a little bit of trouble. They have ownership issues, insofar as to have entered bankruptcy to try to circumvent the NHL's rules on ownership and team location. They tried to bankrupt the team in a very Major League type manner in order to sell the team to Jim Basille and move the team to Hamilton. The backdoor play failed. Miserably. The team was purchased by the league, in accordance with the NHL bylaws, and the league began the torturous task of finding a new owner.

During the bankruptcy trial, Mr. Shoalts covered the courtroom as though it were the locker room of the Stanley Cup Champions. Actual hockey be damned, Shoalts was only interested in digging up dirt about the Coyotes and the league. You see, Mr. Shoalts has a fairly strong, and fairly obvious bias. It is clear from his writing and coverage of the proceedings that he does not believe there should be hockey south of the border, let alone in Arizona.

Through all of the criticism and dripping disdain he has for the team, Shoalts constantly reported the team was moving. Chasing false rumors about the team moving to Winnipeg despite all sides denying that as a possibility. Anything to keep the rumors flowing about the failure of the Coyotes. All the while, the Yotes played hockey. Earning better than 100 points, and securing a high seeding and home ice advantage in the playoffs. Meanwhile, Shoalts' home town Leafs have had one of the most embarrassing seasons in team history. Though, no reporting on that from Shoalts.

That would require him to let go of this personal vendetta he has with the Coyotes, and it just does not seem that is likely. 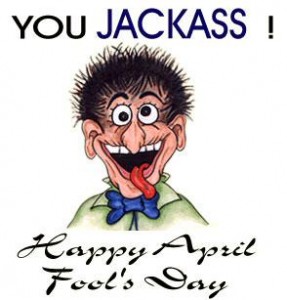 On April Fool's Day. APRIL FOOL'S DAY, PEOPLE, Shoalts followed a lead that the Ice Edge Group had given up its bid to buy the Coyotes. Instead, the group planned to buy the Manchester United, one of the most famous and expensive sports franchises in the world. This, despite the fact that Shoalts himself had reported that the Ice Edge Group was having trouble getting financing for the $160 million to purchase the Coyotes. The reported price for the United? $1 billion.

Travis over at Five for Howling has the whole sordid tale.

Shoalts apologized for falling for the gag, and pledged harder work to ensure it would not happen again. He apparently meant that he would no longer report completely false news. Instead, it seems he meant that he would only twist the truth to serve his purpose.

I would assume Shoalts is the type that believes the better team doesn't win the Stanley Cup, but rather the other team lost it.Let's look at his post.

The NHL has called a press conference for today in Raleigh, where a source said it will be announced the Carolina Hurricanes will be the hosts of next year's all-star game. Originally, it was hoped the game would go to the Phoenix area, but the NHL is still a long way away from selling the Coyotes.

So, the NHL called a press conference in Raleigh? Isn't that in North Carolina? If the Coyotes lost the bid, and that is the news, shouldn't the press conference be in Glendale? He says it was originally hoped the game would be awarded to Phoenix. Originally hoped by who? The fans in Phoenix, I would bet. Not sure there a whole lot of people outside of Phoenix that would want to see it there. Not because it is Phoenix, but because it is not their city. I am willing to bet everything that fans and team officials in all 30 markets want the All Star game in their city, and had originally hoped it would be awarded to them.

Alas, there is but one All-Star game per season, and this season it went to the Canes.

Breaking news, Mr. Shoalts, The Wild have lost their bid to host the 2011 All-Star game. Damn it all. Better pack up all of my Wild gear and send it to Dallas. There cannot possibly be any other reason why the All Star game wasn't awarded to the Wild. It is a clear and obvious sign that the Wild have ownership issues and are looking to move to Dawson, NW Territory.

It cannot possibly be that the Canes put together a better proposal, right? Nah. That can't be it. I mean, because if it was the case that the NHL awarded the game to the team making the best proposal, then he couldn't report that the Coyotes lost the bid.

If the decision is not made to award the game, but rather to take the game away from 29 other teams, it seems this should be the first in a series of articles explaining why each team did not win.

I will await the rest of the series with bated breath.

Author's note: This post has little to do with the Wild. Instead, it has much to do with the fact that teams such as the Coyotes are forever going to be targets of northern markets, specifically Canadian markets. All is fair in love and war, but at some point, it simply becomes disgusting. This tale has reached that point. The Coyotes deserve some measure of respect right now. They are in the playoffs, and played well all season against playoff teams. They have a chance. That is something the Wild do not have. Bear that in mind before criticizing them.