A couple things right off the bat. First off, my Google Reader has a new feature that tells me how many subscriptions I have and how many posts I read on average. I subscribe to 153 feeds and read 416 posts on an average day. Ugh. I need a hobby or something.

Second, if you are going to be at the X on Saturday, and I know some of you are, I expect an exact repeat of the ovation they gave Modano in Dallas. Remember, he was ours first. If you haven't seen it, here's the video (from HockeyJoe, link to the post at the bottom of this post):

Burns and the reserves come through in shootout victory | StarTribune.com - Russo's gamer.

Latendresse's positively productive season earns Wild winger an award nomination - TwinCities.com - Brothers' story about BTE. In this article he says BTE will be a restricted free agent. Turns out? Brothers can be taught. 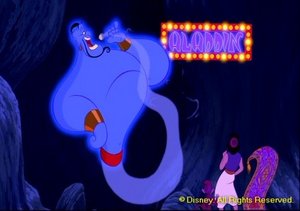 He can be taught sound bite  Robin Williams sound bites

Hitting The Post: In the NHL: Bs gain ground, Habs lose it; Sid gets 50, loses it - Where the hell was Sid's four point night when I needed it? Huh Sid? Huh?

Gross Misconduct Hockey " Blog Archive " Why Hockey Is The Greatest: Mike Modano - This is one of those posts. If you don't read Joe's work on his own blog or over at ProHockeyTalk for NBC, you are missing out. Go read this one. You'll be hooked. (Joe also makes an appearance here every so often.)