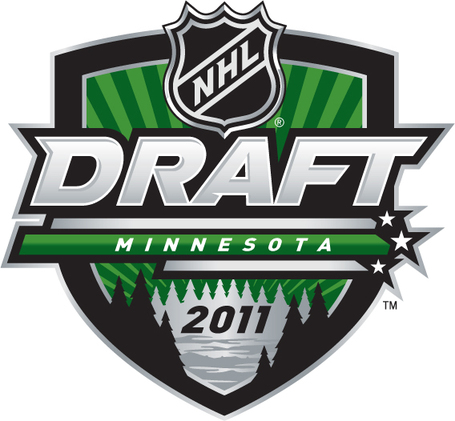 Event Returns To For First Time In 22 Years

The 2011 NHL Entry Draft will be the second-ever held in the state of Minnesota and the first at Xcel Energy Center – a building home to 409 consecutive Wild sellouts including the game tonight against the Dallas Stars.  The 1989 NHL Entry Draft took place at the in .  has played host to other NHL signature events including the 1991 Stanley Cup® Final, the 1972 and 2004 NHL All-Star Games and the 2004 World Cup of Hockey.  The Xcel Energy Center has also hosted the 2002 Frozen Four, will host the 2011 Frozen Four and is home to the WCHA Final Five Tournament and the Minnesota State Boys’ and Girls’ High School Hockey Tournaments.

"The Draft is a signature event, and, as our League gets younger and younger, it offers a preview of the NHL's future," said Gary Bettman, NHL Commissioner. "The great fans in Minnesota will get a first-hand view of tomorrow's stars."

"We are extremely excited to host the 2011 NHL Entry Draft at Xcel Energy Center," said Minnesota Wild Owner Craig Leipold. "The event will be a great opportunity for the State of to see the future stars of the NHL and to support the drafted players that were developed in ’s youth hockey associations and high schools. Hockey’s international spotlight will shine brightly on and the City of ."

The NHL Entry Draft has grown significantly since the first such event was held in a Montreal hotel ballroom in 1963.  In , NHL club executives, scouts and coaches will be present on the Entry Draft floor while more than 10,000 fans and more than 500 print, television and radio media are expected. The 2010-11 season will be an exciting time for fans, with the Wild beginning the regular season playing the Carolina Hurricanes in .

The 2010 NHL Entry Draft is scheduled for STAPLES Center in Los Angeles, June 25-26.  For more historical information and past draft selections, visit www.nhl.com/draft.  Ticket distribution plans and other details pertaining to the 2011 Entry Draft will be announced at a later date.