What should be a banner day for Minnesota Wild fans has turned into every writer I can see defending the contract, and defending the player. Never in my life have I seen so much to-do over a player signing in Minnesota. Well... OK, Mauer and Favre over shadow this, but you get my point, I hope.

The range of responses on Twitter were everywhere from multi-orgasmic Minnesota fan explosions to those outside the Minnesota fanbase calling for pitchforks and torches. Neither one seems to get it, to be honest with you. As with everything, there are two sides, and then there is the truth of the matter.

Let's see if we can't look at this rationally, while allowing Wild fans to have their day in the sun, shall we?

(This gets a bit lengthy, so get comfy.)

To start, let's present the case for those who think this is a contract that is inflationary and wrong.

On Twitter I was inundated with two sides, both opposed to the deal. The first believe that Koivu is a 70 point scorer who just landed a deal that puts him above such players as Nicklas Backstrom in Washington (6.7), Pavel Datsyuk in Detroit (6.7), and Patrick Marleau in San Jose (6.9).They keyed in on the points. We'll call this the "Oh my god, what the hell were they thinking signing a 70 point scoring nobody to a $7 million deal?" group.

The other side, still opposed to the deal, was angry because they say I was defending the deal on numbers alone. We'll call this the "Don't throw stats at me, you monkey headed doofus. Koivu doesn't deserve this contract because he just flat out isn't good, and don't give me any of that linemate garbage" group.

For the first group, Koivu will have a cap hit of $6.75 million next season. That puts him in a group with those guys listed above, along with Paul Stastny (6.6), Patrick Kane (6.3), and Jonathan Towes (6.3). A fairly elite group of players, right?

The similarities in the players end with the dollar figures.

Nicklas Backstrom: The guy plays on a line with Alexander Ovechkin. Hell, I could put  points on the board skating with Ovechkin. I'm not saying Backstrom is a slouch, I'm saying that having a teammate such as Ovechkin allows Backstrom to show what he is really capable of.

Patrick Marleau: This guys has Joe Thornton as his center, and Dany Heatley on the right wing. I think Jonathan Cheechoo could put 80 points on the board with those guys. Again, not belittling Marleau. He is a great player, one of the best in the business. I would kill to see him in a Wild sweater. Do I think he is better than Koivu? No I do not.

Stastny, Kane, and Towes: We'll do all three of these guys at the same time. All three are in their second contract. This is Koivu's third, as far as I can tell. They will get their money, trust me. It's coming, and they will, repeat will, make more money that Koivu does now.

Pavol Datsyuk: Here's where I got into trouble. You see, I don't buy into Pavol Datsyuk being the end all be all of hockey players. He has some sick moves, he is responsible in his own zone, and fierce in the face off circles. Sounds like someone else we all know, doesn't it? You know what Datsyuk has that Koivu doesn't? Henrik Zetterberg. The Wings have the ability to score from every line, at anytime.

Another difference here? Datsyuk signed his deal three years ago, and he signed it with a team that is famous for low cap hits on elite players. Henrik Zetterberg for just over $6 million per year? Are you kidding me? Open market, the guy gets $8 million+. Datsyuk? Move over Ilya, Pavol's taking your money. Both players were under the so called "Lidstrom rule." No one on that team was allowed to make more than Nik Lidstrom. Ask Marian Hossa about that.

Now, I used the linemate argument so let me clarify. Hockey is a team game. Ilya Kovalchuk is nothing without someone to get him the puck. As a fantasy hockey player, it is amazing to see what happens to these star players when a linemate gets hurt. Even Ovechkin's numbers drop. The point I am making is not that Mikko Koivu is better than any of the players listed above. I am not even trying to say he is as good as any of them. All I am trying to say is exactly what Chuck Fletcher said on the conference call tonight:

The point is, you don't. No one does. Koivu has never had a legitimate scoring winger on his line. Once or twice a year, Marian Gaborik got to skate with Koivu, but never for very long. It was always explained as "creating a secondary scoring threat."Right now he has Andrew Brunette, who Koivu makes into a 60 point player, and Antti Miettinen, who despite Koivu, is still a 40 point player.

Look at Marleau. He, Heatley and Thornton all topped 80 points. Datsyuk and Zetterberg both hit 70 this season (in a very down year for them). Both Ovechkin and Backstrom topped 100. Is there really a belief that this is by accident? It takes great players to be able to play with great players. Backstrom has to be a great center to play with Ovechkin, etc. Koivu has never had another great player.

What was really happening is that Koivu was (and of times still is) out against the opponent's top line. It makes it more difficult to score when you are slated with preventing the other team from scoring. The top line for the Wild serves as a scoring /checking line. Joe Thornton and Patrick Marleau are not out to shut down Sidney Crosby when he visits, but Koivu and Brunette are.

Oh, and his point total has gone up every season except the Mathias Ohlund cheap shot stick chop season.

Got it? To re-cap: Koivu has been hosed his entire career, and yet still puts up 60-70 points. Put him on a line with another great player. Then, and only then, can you tell me he doesn't stack up with those other guys. Put the other guys on a line with Bruno and Mittens and let's see how many points they put up. 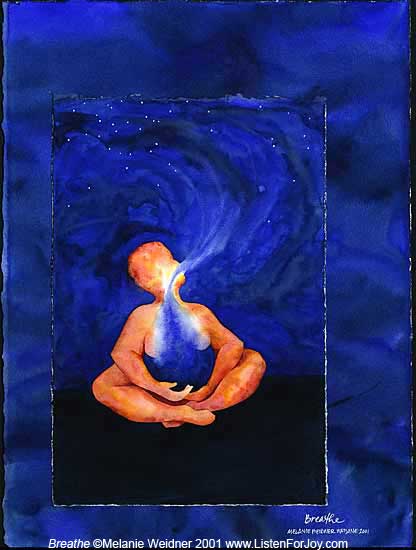 Now, as for why he is worth it, even without the points. Why that is is difficult to explain to people outside of Minnesota. It takes watching the guy play for 82 games a season to see why. It's those pesky intangibles. The leadership, the steady presence, the battles in the corner. It's the little things that few people in the league do as well as he does, but that don't show up in the stat sheet.

Sure, lots of guys have the leadership. There are 30 captains and 60 alternates in the league, right? Lots of grizzled vets like Owen Nolan out there to provide that element. Plenty of centers have face off win % above 50%. More than a fair share of players have 70+ points a year.

But how many have all of it?

There's your answer. There is the $6.75 million answer.

I'm not quite sure why it falls to me to justify the contract. I'm not even sure why I took the time to do so. As I said on Twitter: People outside Minnesota don't understand how good he is, and people inside Minnesota think he is better than he is. All I am trying to say is that you can't judge him by the points he puts up, and unless you watch him play all 82 games for the past five seasons, you have no idea, and it cannot be explained so I won't even try.

There you have it Wild fans, and non-Wild fans alike. There is your justification for $6.75 million per season, and the counter argument to your belief that he isn't. Do with it as you will. For those wanting to call the contract stupid, over-paying, or whatever else you want to do, feel free. You don't get it, and you never will.

As for Wild fans: live it up. THis is your Joe Mauer or Brett Favre signing. This is a super-star staying in Minnesota. Enjoy it.