Before we get to the Walk, an apology. We at Hockey Wilderness failed you yesterday. There was no game thread for you all to enjoy, and for that we are truly sorry. It was a failure on many levels, and one we will work hard to avoid in the future. Asked about the lack of game thread, Hockey Wilderness managing editor Nathan Eide said, "We had no compete out there. We have to give 110% to the readers, and we only gave about 25.7% yesterday. It's not acceptable. While we felt we did some things right, there were also some areas we could improve upon. It's only game two, so I wouldn't use the word concerned, no."

When reminded that it was, in fact, game 3, Eide said, "Shut up Bryan."

Editor Bryan Reynolds, left in charge while Nathan was scouting in Denver, had this to say, "This is Busch league. Obviously I needed to step up with our number one out of the game. I let my team down last night, and I just have to battle through it. We have to look forward, not back. It's a long season, and if we focus on the negatives, it will tear us apart. I also think people need to temper their expectations a bit, but hey, that's just me."

Man... I wish SBN supported comic sans font... that would have been way better. 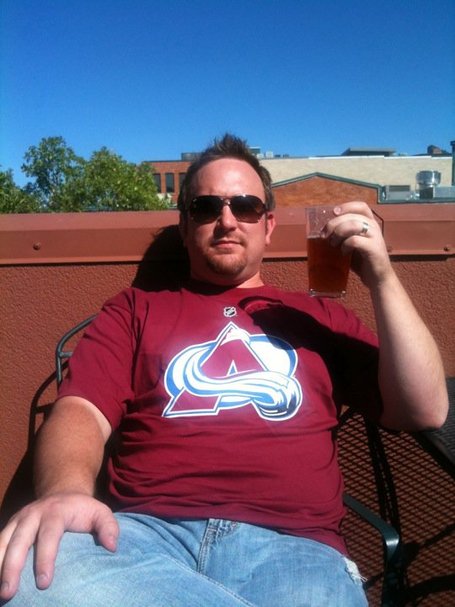 Please, Wilderness, fillet your managing editor. He deserves it.

Latendresse, Wild hoping breakout year wasn't one-time fluke | StarTribune.com - Good stuff on how Lats needs to perform in order to duplicate last season. This is a key to the Wild having success, so he needs to figure it out.

Flyers 3, Wild 2 (shootout); #mnwild looking for a goalie? | StarTribune.com - Russo's Rants, featuring the video of the Harding injury. This was the first time I had seen it. You think this didn't hurt? You need to watch the video.