The Wild at the Deadline: Buyers or Sellers?

Share All sharing options for: The Wild at the Deadline: Buyers or Sellers?

While we work our way through the doldrums of the most idiotic break in sports, we here at Hockey Wilderness need to fill the pages with something. So, we take a look at the trade deadline, albeit a month early. Consider this the primer for when we get closer and have a little better idea of what is happening in the league and where the Wild sit.

Obviously, things could change dramatically from the time this is posted until the deadline. Trades are, shockingly, allowed on other days than the deadline, and Chuck Fletcher has never been shy about pulling the trigger on a deal. As I was reminded so generously in the comment section, Fletcher has made three trades since he became the GM. That's if you don't count draft day deals to drop and pick up more picks.

None of the trades has been a home run. The BTE trade worked well until Latendresse entered the dog house and then the surgical ward. Chuck Kobasew has been spotty but pretty good, and Cam Barker... well... not so much.

That leaves us with the big question every fan of every team in the NHL is going to be asking. Is my team a buyer or a seller at the deadline?

As I hope all of you know at this point, whether or not a team is buying or selling is directly related to their ability to make the playoffs that season. I only state the obvious because I want it to be clear that the Wild are not run by the computer GM in NHL 2010. Fletcher is not going to start selling everything he has if the Wild sit in 7th place on February 28th. If you are hoping he will, go back to your video game and make it happen.

Now, the reality of the situation is this. The Wild sit in tenth place, one point out of the playoffs. The team is erratic, and the Western conference is tight. Hit a hot streak, move into fourth place. Hit a cold streak, fall to 14th. It's all rolling the dice at this point. No one knows who gets in and who doesn't. There isn't a team short of the (barf) Canucks and the (yak) Red Wings that have shown they are ready to take their spot in the playoffs.

Each team in the mix has issues, whether it be goaltending, defense, offense, not enough grinders, no veteran leadership, no playoff experience... everyone has an issue. Couple that with the fact that everyone wants to fix that problem for as little as possible, and it makes for a bunch of GMs looking for answers and not many GMs willing to solve them.

I decided to ask the crew here at Hockey Wilderness if they felt the Wild were buyers or sellers. Then I decided to just use their names and assign them to a particular point of view without asking them. Here's is where I ended up:

Nathan: Sell. Sell it all. Trade everyone for whatever any other team is willing to give in return.

JS: I can't type with this syrup all over my hands, but they are buyers. Bring in Ovechkin, baby!

Circular Theory: More prospects! Sell 'em all, give me someone to write about already!

Elise: My apartment is a brothel? WHAT? Screw you City of Chicago. Oh, hey Hockey Wilderness. The Wild are sellers, but with no real takers. 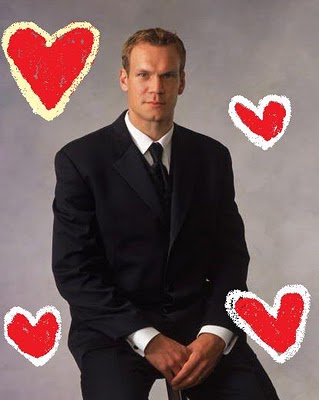 The question at hand is whether or not the Wild will be buyers or sellers at the deadline. While it is pure speculation, I say both.

Wait. Both? Get off the fence, man. You can't have it both ways. Take a stand, sissy.

I am taking a stand. I do not feel Chuck Fletcher is ready to off load all of his UFAs for prospects and picks. I don't see any of the UFAs coming back next year, and he would be smart to get some value for them, but if he trades Andrew Brunette, Antti Miettinen, and Chuck Kobasew, the playoff race takes a hit. I don't think he is willing to offload everyone and sink the team. I just don't see it.

Now, they can't sell without losing some one, right? They will. For the right price, and likely for an NHL contract in return. The pieces will have to fit the current goal of making the playoffs, and take a UFA in return. I also feel he will trade one or two UFAs for some picks. Which ones? That for later this week.

Further complicating matters is the salary cap and no trade clauses. I have already read so many message board posts saying to trade Niklas Backstrom, it is starting to make me think they don't really know who Backstrom is, like he is some kind of mythical creature. Six million per and a NTC. Good luck trading him.

The point here is, Fletcher has been here long enough, and has spoken publicly enough to start to see what he wants to do. Picks are gold to him, and the Wild have no second rounder. There are players on the roster that could solve that issue. At the same time, he wants to make the playoffs. So if he can off load a couple free agents for picks, and maybe swap a UFA for an RFA that fits his model, that is what I see him doing.

I cannot see him him trading for a rental. Just not going to happen.

Come back tomorrow when we look at who the Wild might be willing to sell, who the fans want them to sell, and why none of it will happen.