Finishing up our Wild blogger round table discussion, we had a short answer session. Well, as short as you can get a blogger to be in an answer, anyway. We hope you enjoyed the series of posts through the break. We would like to extend a final thank you to everyone who participated.

To the Wilderness: please make sure to check out our guests' bogs. We would not have invited them if they weren't worth reading. Here is the list one last time:

WARNING: One question below asks the bloggers for their favorite cuss word. Turns out, there may be some cuss words in the answers.

Which teams play for the Stanley Cup?

Monica: Detroit Red Wings and the Washington Capitals. (Captials have to make the SC finals and lose they can't break the Winter Classic tradition).

Heather: Flyers and Nucks. I hope they just kill each other.

Elise: Flyers vs. Canucks (I know, it pains me to write that)

Nathan W: I went with Pittsburgh-San Jose to start the season and despite the Sharks under-performing, being out of the top eight and being a perennial playoff disappointment, those are still my picks.

Ryan: Pittsburgh and Vancouver.  It's been my pick since September and I'm sticking to it.

Bryan: Philly and Dallas (mostly because Lu can't hold it together, and if Sid isn't back, the Pens have no chance) 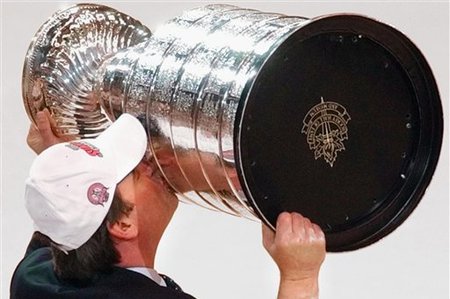 Who wins the Cup?

Heather: Flyers. Hopefully because they've beat the Nucks to death. 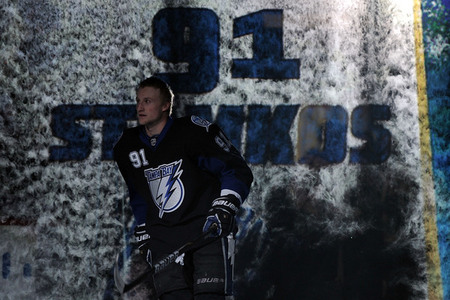 Who is the league MVP this year?

Elise: Sidney Crosby (if he's not out too long with the concussion)

Nathan W: Assuming he comes back, Sidney Crosby. If not, Steven Stamkos.

Dan S: Stamkos, if Crosby continues to struggle with the concussion.

JS: Tim Thomas, Ri-donk-ulous numbers on an otherwise sub-par team. He's much better this year than in his Vezina-winning year, which I thought he was less deserving than Mason and Backs because he was playing on a great Bruins team and only played about 50 games.

Ryan: A month ago I would've said Crosby; but I have to lean towards Stamkos right now.  He's been unbelievable for the Lightning this year.

Bryan: Steven Stamkos, and I don't care if Crosby is back or not.

Come on. Even the logo is irritating.

Nathan: Anyone who employs Todd Bertuzzi, so right now it's the Red Wings (sorry Monica)

Monica: Grew up in Michigan and went to University in DC so I have to go with the Penguins here.

Nathan W: At one time it was Dallas but now there's no team which stands out as my least favorite.

Dan S: Vancouver. Just a cast of unsavory and dishonest players, and I think Luongo is overrated. I just can't buy into the Stanley Cup hype with them because I'm not convinced that Luongo is a big game goalie. The Canadians won the gold in spite of him, not because of him.

JS: Anyone who knows me knows that dishonor goes to the Montreal Canadiens. It's pretty much because of my background, my friends and family and because they SUCK :)

Ryan: (Editor's note: Ryan writes about all NHL squads. He passed on this one. Seems fair.)

Bryan: Canucks. How anyone can cheer for that team is beyond me. 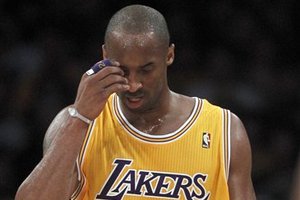 JS: Probably football. We don't really care much about football here in New-Brunswick.

Ryan: NBA basketball.  I can enjoy college hoops, but the NBA is a joke.

Bryan: Basketball. Seriously. The squeaking shoes, the 125-122 final scores, the time outs, it's all so painful to watch. I would rather watch NASCAR, and I despise NASCAR. 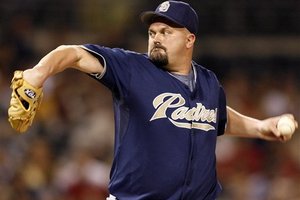 This guy knows what I'm talking about.

Monica: Perkele - but I use "fuck" all the time.

Elise: I enjoy this question, but since I'm still in college and don't have a career/future yet, I'm going to refrain from this question.

Dan S: I FUCKING USE THE SHIT OUT OF ALL OF THOSE MOTHERFUCKERS. I'm an equal opportunity vulgarian.

JS: I wanted to put a Family Guy clip where Stewie is on a T.V show and he says ''I would have to say...**** (censored fuck)'' and the host says '' Alright, and what is your favorite swear word?'' ... Alas, I couldn't find it... but yeah, I would have to say Fuck. Watch that clip, or George Carlin's rant on the word Fuck, both great clips.

Ryan: The same as Bruce Boudreau's, I guess you could say!

Bryan: If you have ever hit your thumb with a hammer, tried to get an oil filter off of a 1995 Chevy pickup, or just about fallen backwards on a ladder 25 feet in the air... there is nothing more soothing than yelling "Motherfucker!" at the top of your lungs for all the world to hear. Sorry, but it's true.

What is your number one pet peeve?

Nathan: When I forget something at Target. Seriously, you go through the hassle of putting together a list, then you forget the number one thing you went there for in the first place? Most annoying thing on the planet.

Monica: Other than Bryan?

Heather: Giving me goaltending advice when you've never played the position. DON'T. EVEN.

Elise: Fans who bang on the glass

Nathan W: People who text you and then don't answer the phone when you call right after.

Dan S: I just realized this the other day (talk about a random thought.) Inattentive Driving. I am about as easy going as can be, and nothing gets me more ornery, riled up, and irritated than inattentive driving. Maybe its because I have a commercial drivers license and have to be more defensive than normal during the day, but driving a car isn't a game, its not something to take lightly, and I get really frustrated when I see that sort of shit because its reckless, and people don't care.

JS: Pet peeve?... Gee...I think it's people needlessly wasting my time. I'm a pretty patient person, but I have no patience for someone who wastes my time for absolutely nothing. I don't mind waiting if it's really needed. The best example happened last week while I was waiting for my modem. My provider FORGOT to send the damn modem for a full week. I was pissed beyond reason. Another great example is when we're playing poker and people are just not following the game and it makes each hand last like 5 minutes. Ugh...

Ryan: In hockey, my biggest pet peeve is constant complaining about the refs from fans.  I agree that there's bad officiating on a nightly basis, but it's a high-paced game and the zebras can't get every call right.

Bryan: Why did I limit this to one? Top pet peeve... ignorance.