Reading a bit on Twitter about Wild fans going into panic mode already. Five games in, folks. Six points out of a possible of 10. That pace gives them 98 points over a season. That total would put the Wild in the playoffs, trust me. The Wild lost to the Red Wings, an extremely good hockey team. There are things to watch, some emerging patterns, but nothing to outright panic about.

Breathe in a deep, smooth manner, everyone. Things are going to be OK.

Before you go, check out the Facebook Question of the Day. After the jump, all the news you need, and some you don't. Enjoy.

Seriously... think about it. Now, stop thinking about it and do it. Join the Hockey Wilderness team, or donate to the team.

Wild gets used, abused, yet steals point from Red Wings | StarTribune.com - Yep, that about sums it up.

Russo's Sunday Insider: It's all about location | StarTribune.com - The NHL needs help at the top. If "Where do the Red Wings go" is how realignment is based, the league is cracked.

First Round Bust: Tidbits: The "Get On The Good Foot" Edition - Some random thoughts from FRB.

DEE-ICING: 5 Games In or as I like to call it... Same Shit, Different Season - Panic: Example given.

Keep Firing A**holes - Winging it in Motown has their take on the game. 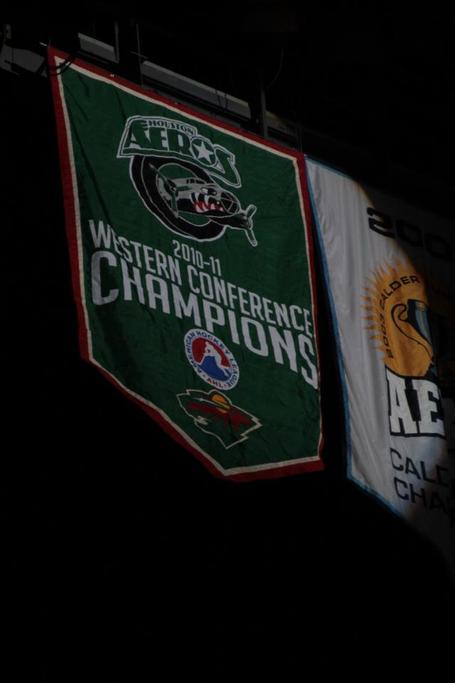 Looks good to me.

ontarioreign.com: Team News - Darcy Kuemper is in the ECHL. This is where.

Kuemper gives Reign four goalies, two NHL prospects. - Where the Reign reigns - Working some sources to figure out who to read and follow to cover the Reign, but this one looks like a good start.

Boston U Deats Denver U 4-3 - Charlie Coyle faces Jason Zucker, and neither show up in the gamer. Damn.

No. 3 Denver gets tough test vs. No. 1 Boston College | The Field House - Here is the Denver angle.