Hello everyone. Stats have been one of the hotter subjects around here as of late, and I thought I'd chime in with some of my thoughts on that debate and some HW related things. First, the stats themselves.

Corsi currently says that the Wild are one of the worst teams in the league. The point totals currently say they're the best. Which one will prove right in the end? I'm inclined to go with corsi. Let me explain.

Yeo's system is a grind them down system. It focuses on a strong forecheck to create turnovers, constant pressure, and making sure the opponent is tired and not on top of his game by the third period. This is the kind of system which, if it works correctly, should unequivocally give the Wild the advantage in possession time. If the possession time stats don't look good for Wild at the end of the season, it means their system hasn't worked, and I doubt the standings will look good either. And yet, so far, the stats obviously haven't predicted the standings correctly.Why?

First, what I don't think reason for that is. I don't think corsi isn't matching up with the standings because it's not a good indicator for this particular team. Yes, the Wild pass too much and their defense is good at forcing the opposition into bad shots, so corsi might not be quite as accurate a measure of possession time for them as for an average team. However, there have been many, many teams who pass too much and/or have good defenses. The chances that the Wild are a huge outlier are miniscule. So what do I think the reason is, and how can argue all this and still make an insanely optimistic prediction about the Wild's final seed? After the jump.

What I think has happened is a combination of lucky breaks and hard work. The Wild got a fair number of good bounces early in the season. They had to play their hearts out to take advantage of them, but they were lucky nonetheless. The Heatley goal against the Oilers earlier in the season is a perfect example. 1.2 seconds left and Heatley gets the puck into the net to force OT and steal the win. 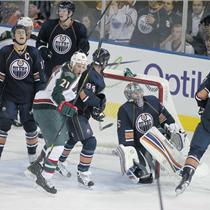 If the Wild hadn't been fighting with everything they had down to the buzzer they would never have gotten that goal. But if Khabibulin had been on top of his game, they would also never have gotten that goal. That's a shot not even most average goalies will let in, and it still took a fair amount of luck for the puck to scrape across the goal line. If Khabibulin is hugging the post like he's supposed to, and one of the shots on Backstrom in one of the Wild's 14 other one-goal games goes in instead of hitting the post and the other team goes on to win, the Wild are suddenly 14th in the league instead of 1st.

"But," some will say," none of that happened, and the Wild are 1st, not 14th. Points are what really matter, not stats or what-ifs." True. But only at the end of the season. What do points at the quarter mark of the season show? Trends. Right now, the Wild's point total shows a very nice winning trend. But if they end up with 89 points through 82 games, nobody is going to care that they had 33 through 25. Yes, points are still more materially important than stats. 5 points above playoff pace now is money in the bank that will be very useful later in the season, no question. Which one has more predictive power though? I personally think the answer is generally stats. Every year there are teams which have a hot start points wise and then crash and burn, or a slow start points wise and then dominate. The stats guys can usually predict which ones they are.

The key word there is, however, usually. I personally think the Wild have a good shot at ending the season near the top of the standings. Why do I think that, after all this arguing that they're overperforming and the stats are right? Because I think they've stopped overperforming.

They Wild have learned the system. Koivu has gotten back into form. Clutterbuck is catching on fire. Heatley, if he continues his recent offensive work (not counting that dud against Nashville) will eventually start to score. Bouchard is improving, the rookies are improving, Setoguchi will we can hope eventually improve. Things are on the upswing. The Wild should have taken a hit in the standings while they were learning their new system with their new coach and new players, but they managed to use their lucky breaks well and they didn't. Now, they're in excellent position to fight for not only the playoffs, but for a high seed. I said I think stats are generally a better predictor of final position than early season point totals. That doesn't mean I think the Wild couldn't get the third seed in the West, it just means I think the stats will also be good if they do. Yes, after that long-winded attempt at logical, objective argument, I've proved myself a complete homer. Now, for a discussion about the discussion about stats. 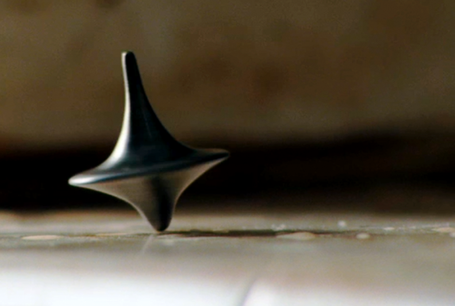 Many people are taking the stats too far. Many people are making sweeping statements about how bad the Wild are without any real research to back it up. Other fans and the national media are generally totally dismissive of the Wild because they don't feel like putting in any work to see if their years old generalizations are accurate. It's annoying as hell, no question. But I think we're focusing on it far too much.

I don't even remember the last time I saw someone talking about regression that wasn't a Wild fan. If we weren't constantly making sarcastic jokes about it, would it still be an issue? I doubt it. What happens if Zona makes his vendetta post about the Wild on Copper and Blue and we ignore it? A couple Oilers fans have their fun and nobody cares. Instead, the Wild take back first place in the NHL and the dominant storyline for the night is how much stats and The Copper and Blue and their Bible verses and moderators and tables and acronyms and everything else suck. Something's not right with that picture.

We can say the media and other fans are stuck in the past, and we'd be right to do so. But we'd also be a little bit hypocritical. Last night we had a 1200 post game thread, beat a division rival in a come-from-behind win, saw Koivu match a career high point streak, watched Brodziak destroy his old team, and somehow kept ourselves at the very top of the standings in December, and yet the bitterness and negativity on HW wouldn't have been out of place in the middle of last year's late season collapse. There's just no point in that. We're focusing on the wrong things, and there's stuff we could focus on that's so much better.