Hello Wilderness! You are greeted by another Bubble Paint Masterpiece because yesterday was Bryan's birthday! As some of you may recall, Bryan did a post like this on my birthday to make fun of me (which was absolutely EPIC). I figured I'd return the favor! He mostly made fun of the fact that I'm french-canadian and well of course I won't be bashing Bryan for being American, I'm slightly outnumbered!

He did make fun of my young age, so I'm gonna make fun of his old age, along with a few collaborators. Keep in mind this is all in good fun and targetted solely on Bryan. We're not doing this to offend anyone, we just wanna get a few laughs at Bryan's expense!

Make the jump and see what we got this evil old geezer for his birthday!

First off, many of our HW residents had some warm gifts for the birthday boy (All direct quotes by the way, except when in parentheses).

Gift 1) Signed Vancouver Canucks Todd Bertuzzi Jersey, and Bryan better like because if he says otherwise, everyone will call him a raging douche. 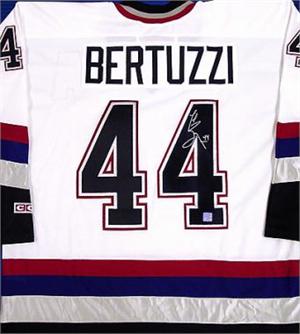 Gift 2) Also, Kayem Hot Dogs sends their regards and well wishes to our Mr. Reynolds and since he is such a huge fan of their hot dogs they are presenting him with a lifetime supply of them (and press releases)

Gift 3) To go with the "Crotchety Old Man" theme, than it's appropriate for us to get Bryan some adult diapers, because really, who wants to listen to his bitching about uncontrolled bowel movements when we are reading through the morning Walk? 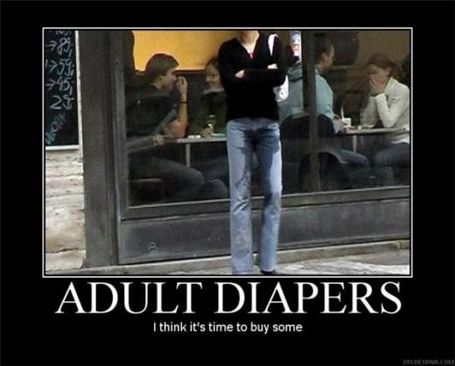 (Worry not Bryan, Shelby (Shleske) got you some: 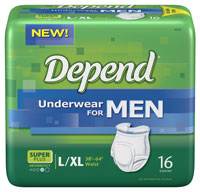 Gift 4) If his old ass is still blogging by 2014, he is going to need this for his Olympics coverage in Sochi 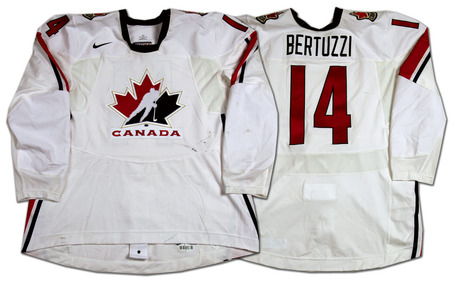 Eric (SpaethCo): A gift subscription to A2Y would also be appropriate. (Indeed it would, don't you agree Monica?)

Gift 1) Because not only does it provide balance but provides him with a place to sit when he gets tired. Added bonus, the basket to store his beer and cookies. 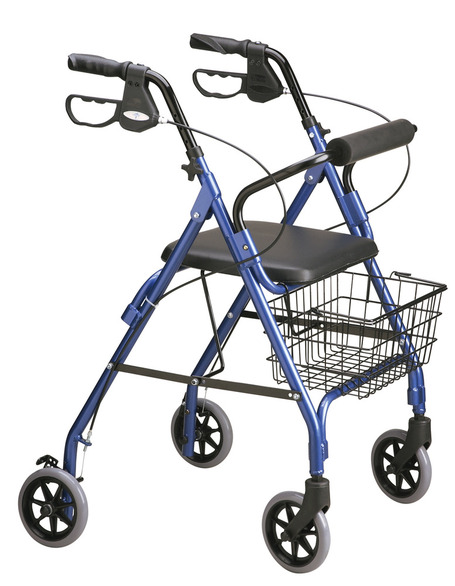 Gift 2) A subscription to the Pioneer Press so that he can have his dosage of Sorry Tom delivered right to his door. (Michael also suggested a signed Tom Powers book. Both great ideas!) 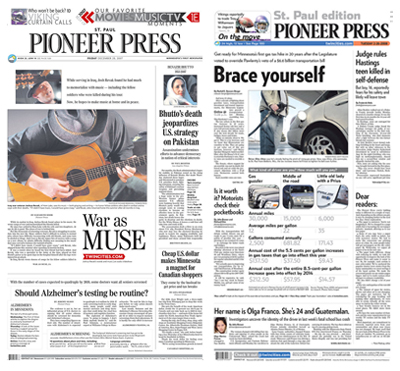 Elise (Elisebutler):
Gift 1) His own area in the pressbox because he doesn't get along with all the other Wild bloggers, especially Nathan. (#MNWildBloggerProblems)

Michael (MBennett): Agent Bennett fired up the ol' HWRG2000 for this special occasion. Here's what we've found out:

Just threw some facts into the HWRG2000...here is what we got:

Information #1: According to reports, while ice fishing, Bryan Reynolds kept singing the line "Hold me closer (mumble muble), count the headlights on the highway" over and over.

(Wow, Agent Bennett risked his sanity to bring us this tidbit. Here's what came out of it.)

Rumor #1: Unbeknownst to many, songs about hockey players are common. Normally, they are covers of well-known songs, with new lyrics added. Given the mumbling, and the choice of an old Elton John tune, the HWRG2000 can inform you of an upcoming event...

Bryan and his band "21 Swedes" will be performing at the Varsity Theater in April. A heart-felt tune called "Tiny Foppa" is planned to be the encore...encouraging the crowd to sing it loud, and sing it proud when the line of "Hold me closer, Peter Forsberg" comes in the chorus.

(Didn't know he was in the band 21 Swedes huh? That's because he was kicked out of Antti Miettinen's band a few weeks ago. Turns out Mittens doesn't like to be out-soloed)

Information #2: Bryan Reynolds was seen wearing a blue shirt, to go with his white hat in the press box.

Rumor #2: While we have heard murmurings of this for months now, this bit of information creates a 87.4% certainty, thus allowing the HWRG2000 to say, with confidence, that Bryan Reynolds will be traded from Home Depot to Lowe's for three-dozen gas grills, a 20oz Mountain Dew, and a CBTBNL(Cart-Boy To Be Named Later).

(The central piece here is the Cart-Boy.)

Information #3: While cleaning up after a game, agent Juan Johnson came across a napkin from HeadWaters with a stick figure of a man with a Faux-Hawk drawn it. This man had a circle around him with a line drawn throught it.

(This can only mean one of an infinity of things. Here's what the HWRG2000 spit out. )

Rumor #3: Ol' Trusty had to run this through the algorithmic sequencer, to check for authenticity. The pen color, ratio of imprint on napkin to the control state, and general poor drawing points to a 98% likelihood that this art project was completed by Mr. Reynolds, not his young child.

After having a special FBI behavioralist look at the drawing, and enter in a few additional bits of information, the HWRG2000 can tell you this juicy bit of gossip: Bryan Reynolds will be running for the position of Executive Director of Frosty Beverages in 2012. His campaign platform? "Dater for Faux-Hawks." The HWRG2000, with 0% of precincts reporting, is projecting a landslide victory for Eide, with his clever counter platform, "You can't spell Bertuzzi without B.R."

What I got him: Sadly, I had a pretty busy day today and I just found out it was his birthday around 1AM last night ,so I haven't had time to really put a lot of thought into his gift  (I did draw a pretty awesome picture of him though! ) What I thought I'd do is write him a little poem!

So how'd you like it Bryan? What? You didn't hear me? Maybe you could use a hearing aid, old chap! Here you go! 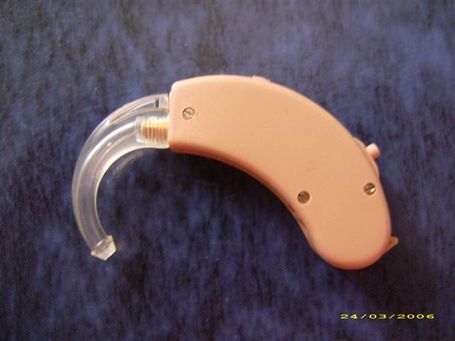 The man who writes with a chip on his shoulder

And wit sharp enough to pierce a boulder

Bitterness and snarkiness are his way of life

Most of his opinions lead to strife

Today he grows a year older, my, what a geezer

He's about as cheerful as Scrooge, Ebenezer

Now I understand how he compares to Yoda

That's not all I have for you though. I've gotten ahold of a few of your chums and talk to them about your birthday! First, I talked to Peter Forsberg:

...And he took off with a tear in his eye. It was then I realized I don't understand swedish. I put this up on Google Translate. It means: Who gives a $%/! ? He's just a stupid-head and a meanie!

... Well, so much for that. Then, I met Chris Simon. Here's what happened.

That's when I ran for my life. Whoo. That's the last time I ever talk to him.

Finally, believe it or not, I met the dreaded one: ''He Who Shall Not Be Named''!

JS: Hello... you. Have you heard? It's Bryan Reynolds' birthday today?

And I heroically knocked his cellphone off his hand and I threw it in a volcano. It may be fun to pull pranks on Bryan, but NOTHING is worth whatever the dreaded one was thinking of... Actually, I never did let him finish... maybe he was thinking of sending Bryan a GOOD gift.... NAHH! You owe me one B!

All-in-all, what can we say about Bryan? I, for one, have always looked up to him from the moment I joined HW, and I think he's influenced a lot of us that way. Sure, people from outside HW may give him a hard time sometimes, but he just takes it in stride and usually has fun with it. I've also always liked him as a writer, he always inspires me to better myself... or rather ''bitter'' myself!

What we've learned from Bryan is the art of snarkiness, and it makes HW that much more fun when everyone tags along! Plus, when you're a Wild fan, a fan of a team that gets little to no respect, you NEED to be bitter and angry all the time. He keeps things interesting, and he works damn hard along with Nathan to make this an awesome place for Wild fans to hang out. I can't tell you guys enough how I appreciate being a part of this team, this is truly my second home (my actual home being my first home of course)

Again, none of what was written was meant to offend anyone at all, we were just poking fun at our beloved demon-spawn and ripping him a new one. I would've loved to add even more, given the amount of joke presents you got me, but I'm glad the Wilderness jumped in! Thank you all, you guys rock!

I really wanted this post to be as epic as the one Bryan made me along with the truckload of facebook ''presents'' he sent me, but if it's not, it's because I'm nowhere near Bryan Reynolds' level of AWESOME, seriously. Those who didn't have time to send Bryan a ''gift'', be sure to do so in the comments section!

So a HUGE HW happy birthday to you Bryan, we love you, you smelly old fuddy-duddy!