If there was one prospect I believed the would give Ryan Nugent-Hopkins a run for his money, it would be Jonathan Huberdeau (not as big a fan on Adam Larsson, but we'll come to that later).

He has done everything to help his draft stock this season. Won Memorial Cup MVP, lead his team to WIN the Memorial Cup, lead his time to win the QMJHL President's Cup. He has even attended an English speaking high school in order to improve his language.

Teams will love his recent winning record, his upward development, his character and his versatility. Teams love forwards that they can put anywhere on the ice and not be limited to a single position. Comes in handy when a center gets thrown out of the circle or when they need an extra man or whatever.

I haven't even mentioned his skills. Tons of offensive skills, great playmaking ability. As his head coach mentioned, not the fastest, but that doesn't matter because he certainly is one of the most craftiest. He can skate and stickhandle around players.

Of course, he's skinny like a stick. But thats the same with RNH. And like RNH, imagine how much more dominant he will be more with an extra 20 pounds.

an ability to set up and score goals ... has NHL hands and playmaking ability ... can change the outcome of a game suddenly and quickly ... unbelievably quick hands ... gritty and does not back down when challenged ... needs to add more strength

he's the complete package ... very crafty ... he has great puck skills ... his vision is outstanding ... quality, character kid ... competes hard in every situation ... competes both ways ... can be put on the ice in any situation ...not the quickest guy

complete package of physical tools, hockey skills and sense ... one of the most creative players in the class ... high-end offensive instincts ... gives and receives passes well ... accurate shooter ... protects the puck and will go into the dirty areas ... sees the ice extremely well ... good anticipation ... versatile; can play center or wing ... has a lot of flash to his game ... character kid who works hard and is a leader ... extremely slight frame ... lacks in physical maturity ... play without the puck needs to improve 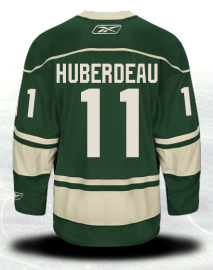