The more and more I read about this kid, the more I like him. Still, I have him ranked lower than I actually would like to just because there are other prospects that have a much more dynamic and interesting toolset.

Still, Phillips seems to be a very well-rounded offensive player that would be a very welcome addition to the Wild.

He's crafty, has good hockey sense and has a nose for the net. Something Wild fans would love. Also, although he is considered a center, he often plays RW, which is something fans love to hear since the Wild having a gapping hole on the right side.

It is said he isn't a dynamic skater, but by now after watching Granlund and apparently that being one of his flaws, personally I'm fine with it if he compensates that with good hockey sense, which he does.

However, I am concerned. He plays on a team that is LOADED with talent. Take that away from him, how will he perform?

"Zack has great vision and is strong on the puck. He's a solid center and has come a long way in a short time. He kind of reminds me of an Adam Oates-type of player … he's strong on the puck down low and in the corners and has nifty hands."

a crafty offensive player ... good offensive player who does a lot of things well but doesn’t really have a defining quality ... always seems to be in the right place at the right time ... skating isn’t great, but it isn’t horrible

may be the most opportunistic scorer of any prospect in this entire class ... has the size and hockey sense to be a scorer at the next level ... big goal scoring potential ... natural nose for the net ... can drive hard to the net ... elite hockey sense ... outstanding hands to finish off plays in close. ... has lack of speed and explosiveness ... does not the most dynamic skating ability ... questions whether he can do it on a team without the pure talent and depth he has surrounding him in St. John

An offensive prospect that can play right wing. The glove fits.

Still, if I saw him walk up to the podium as a Wild prospect, I will not complain one bit. 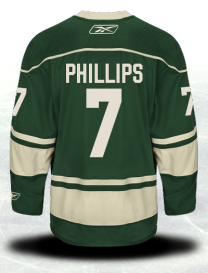