Share All sharing options for: Boogaard and Demitra Memorial Stickers

Via Minnesota Wild equipment manager Tony DaCosta's Twitter account, here is a picture of the stickers that the Wild will wear on their helmets this season to honor Derek Boogaard and Pavol Demitra: 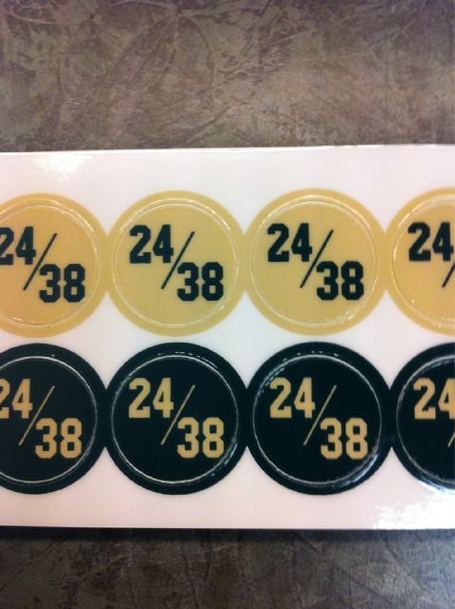 It is good to see it will be a season long tribute, and that there is finally something fans can hold onto, if still only digitally. Other memorials are in the works, but this is the first (and maybe only) uniform memorial for the fallen pair of Wild alumni. It is simple, it is classy, and it is touching. There are still a few guys on the team who played with both players, so it should be nice for them to have a permanent tribute.

In other news, Russo is reporting that the Wild plan to sign Aaron Boogaard, Derek's brother to a two way deal. This was a bit unexpected to me, but it is nice to see him back in the family after being drafted 175th overall in 2004. Wouldn't it be a real kicker if Aaron ended up one of the best results of the 2004 draft for the Wild? (Cam Barker - 3rd overall... Wild's first rounder? AJ Thelen.)