Yesterday, we linked to a story about an injured high school hockey player. Today, we learned a bit more about who he is, how the injury occurred, some thoughts from his family, and we also gained some hope. His name is Jack Jablonski, and from his CaringBridge site we know many call him "Jabber" or "Jabby." He is just a sophomore in high school, far too young to be subjected to this much of an obstacle.

We also know that he was injured playing the game he loves, from a hit from behind. This is, of course, something we have seen too much of in the NHL as of late as well. We know his family believes, like many of us here at Hockey Wilderness, that there is no need for these types of hits, and until they are eradicated, too many others will suffer this type of injury.

The only update on the injury is that they are waiting for the swelling to go down to reassess the situation. That leaves room for hope. Keep that hope, and the family, in your thoughts.

The only truly good thing that has come from this? A truly impressive showing of support from the hockey community not only here in Minnesota, but expanding across the continent. Jack's CaringBridge site has been visited by (at the time of this writing) nearly 25,000 people, leaving 65 pages of entries in the guestbook. From coaches to strangers, from friends to NHLers, so many have rallied it is enough to warrant an acknowledgement of that support.

Some of the messages left... after the jump. 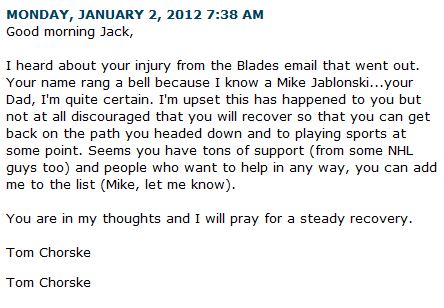 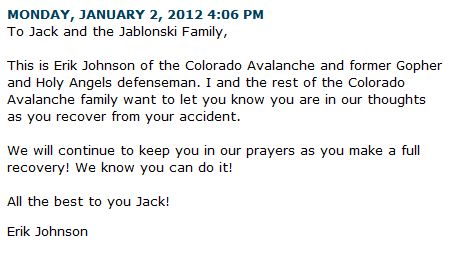 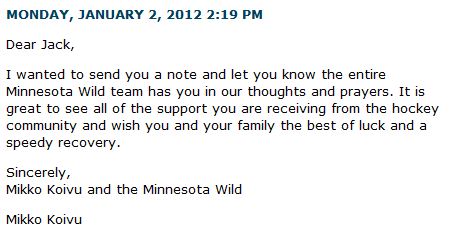 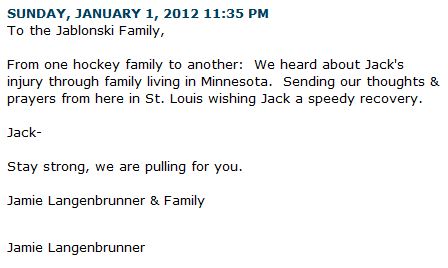 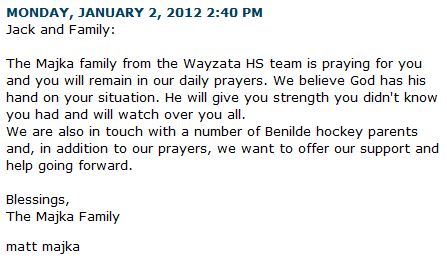 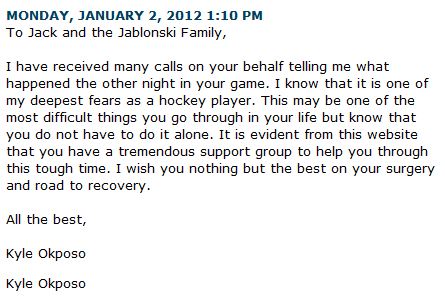 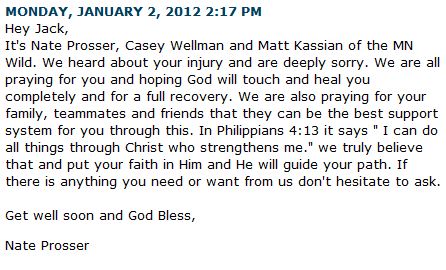 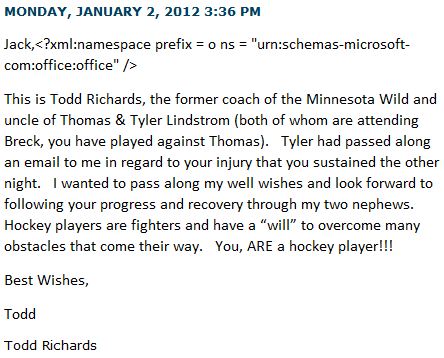 An impressive list, to be sure. Of course, the words of support from those closest to Jack likely mean more than anything on this list. At the same time, it is always a nice reminder to know that despite how much we bicker and fight amongst ourselves, hockey is still a family. From those of us who are famous, to those of us who are hidden in the shadows, we are all members of the same community. Tight-knit and ready to fight for the guy next to us.