Keeping an eye to the South as the NHL remains on lockdown.

HOUSTON - Because of continued labor strife between the NHL owners and the player's union, there are more eyes on the Aeros than ever before. During the last lockout, Brent Burns and Mikko Koivu were in Houston. Two studs for sure, but at the time that was just about it as far as future NHL talent in Houston (No offense, Stephane Veilleux).

But now, two weeks and five games into the season, there are more than half a dozen bona fide NHL prospects skating and Houston. That group is headlined by Mikael Granlund, who has lived up to the hype thus far as the Aeros are out of the gate with a record of two wins, two losses and an overtime loss.

The Aeros were defensively sound the first weekend, but did not score enough in back to back losses to the Charlotte Checkers (Carolina) and San Antonio Rampage (Florida). Last weekend, the Aeros lit up the Texas Stars (Dallas) for 10 goals and swept their intrastate rivals. Two quick goals last Sunday weren't enough to hold off the Milwaukee Admirals (Nashville), and the Aeros were lucky to get a point by tying the game in the final minute.

The on-ice chemistry was noticeably better during the second weekend, and the results reflected that. The Aeros are not just another .500 team. With the talent and coaching, coupled with the strong goaltending tandem of Matt Hackett and Darcy Kuemper, the Aeros should compete for one of the top four spots in the Western Conference. Even if the lockout ended today, and the Aeros lost Granlund and Marco Scandella, they're still better - on paper - that most other teams in the conference. 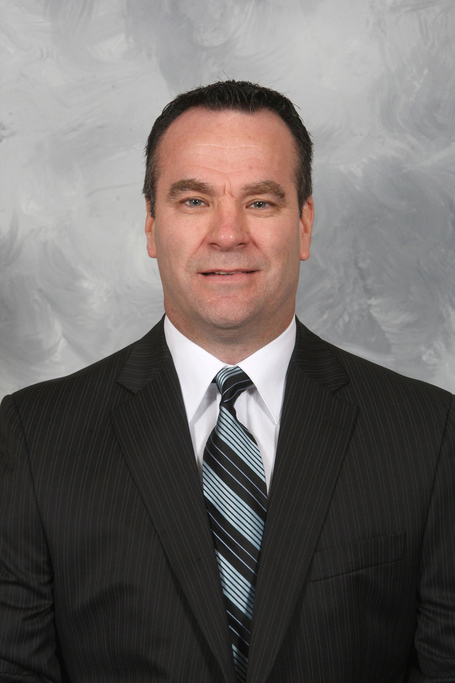 Aeros head coach John Torchetti talked about the wins from last weekend and how that helped erase the memory of a tough start.

" I think it was just good for the player's confidence," said Torchetti, who replaced Mike Yeo in Houston before the 2011-12 season. "The overall systems - we were seeing it, but we weren't seeing it for the full 60 minutes. I think everybody has to buy in with the idea that defense is first. For the younger guys, we kept getting caught always looking behind us, instead of being underneath it with speed.

"We just have to understand that the checking mentality is going to win you hockey games."

Charlie Coyle, like Granlund, really stood out last weekend, especially in the team's first win, a 5-1 win over Texas last Friday. Coyle has two goals and an assist and is even through five games. After the first win over the Stars, he talked about how the team is coming together after a rough start to open the year.

"It helped us a lot; last week we were still trying to get to know each other," said Coyle. "Chemistry is still building, but we feel like we have gotten a little more acclimated to each other, we are starting to know more of where each of us are going to be on the ice.

"It was really great to get the first one after two tough losses last week. It's nice to get the wins and see where we can go from there."

Torchetti said Coyle is a quiet kid, but does the right things on the ice to make himself known. His strongest attribute now is his ability to cycle the pucks and keep plays going when the team has precious time in the offensive zone.

"He's got a big body, he's strong, and he is smart," said Torchetti. "He just keeps his game really simple, and you wouldn't even know he is on our team because he doesn't say much. But he just goes about his business. He understands wall play and down low he is tough to get the puck off because of his size."

Second weekend not ALL peachy

The Aeros got five of a possible six points during their second weekend, but the news wasn't all rosy. Forward Jason Zucker suffered an upper body injury and missed Sunday's OT loss to Milwaukee. Torchetti said he is day-to-day for now and will be evaluated further this week. We'll get an update from Torchetti on Saturday, but the Aeros play the OKC Barons on the road Friday night. It will be interesting to see if Zucker is back in the lineup against the loaded Barons.

Zucker is off to a fantastic start, so it is disappointing to see him injured already. He has five points (2G, 3A) in four games and leads the Aeros with two power play goals.

The Aeros signed Minnesota-native Brian Connelly away from the Calgary Flames organization during the offseason. Connelly is an AHL All-star and is already paying off at the point, so to speak. Through the first five games, Connelly has a goal and three assists. Torchetti praised his quarterback, but wants more from the fourth-year blueliner.

"He's got to think shot first; he has always been a passer, and that is one of the things that he has to understand," said Torchetti. "His identity has to change, and for him to be a full-time NHL defenseman, he has to play strong and be a plus player every night. He is going to take some risk plays, but he needs to make sure it is the right time of the game. We are not going to take that away from him, but we have to make sure he does it during the right time of the game."

This weekend, the Aeros will play two games, one against division rival and newly loaded Oklahoma City and another a rematch against the Milwaukee Admirals. Last week, Torchetti rotated Hackett and Kuemper; look for the same this weekend unless the Friday starter posts a shutout. Last year OKC knocked the Aeros out of the playoffs in four games and Friday is the first of 12 games against Edmonton's AHL affiliate.